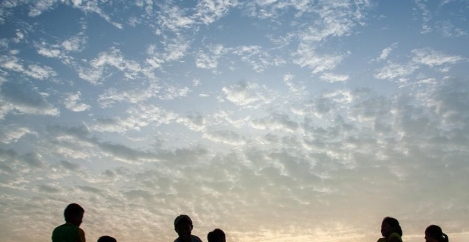 Workplace decision making is subject to a number of conflicting forces 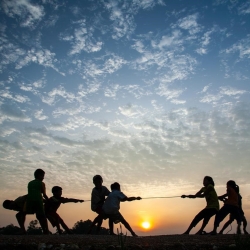 A new survey from 15Five claims that the workplace is in a state of upheaval, with one-third of workers planning to quit their jobs despite the potential economic downturn. Conversely, nearly one in five organisations are planning on layoffs, and more than one-third of HR leaders have rescinded job offers. The poll of 1,000 US full time employees and 500 HR leaders [registration] also claims that work-life balance is a top concern for employees, behind only pay and health benefits. When HR leaders were asked what was most important to their employees, work-life balance claimed the number one spot (64.6 percent), followed by health benefits (62.8 percent) and growth opportunities (54.6 percent).

HR and employees agree they want downtime to be honoured. Asked if they could change one thing about today’s workplace, the number one response for both groups (21.9 percent of employees; 20.8 percent of HR pros) was to have personal downtime respected.

HR managers say they actively looking into creative options to resolve the work-life balance and disappearing downtime conundrum. One option picking up steam in larger organisations – those with more than 500 employees – is the four-day workweek. Nearly 60 percent of HR leaders report they will likely go to the shorter week.

Attrition rates will likely slow but not stop due to the potential downturn, the authors claim. While most employees (56 percent) said economic factors would influence their decision to leave their current workplace, nearly one-third of employees are still planning or considering quitting in the next six to 12 months. However, the risk that fewer jobs may be available did not alter the number.

Meanwhile, nearly one in five HR leaders report planning on implementing layoffs, with majorities acknowledging that the economic downturn has significantly impacted revenue (59.8 percent) and their ability to hire (68 percent). Over one-third (35.8 percent) said unexpected hiring freezes led to rescinded offers. Most of the companies reporting they rescinded offers have 500 or more employees.

The hiring freeze has heightened HR’s efforts to upskill workers. Nearly half (49.6 percent) plan to introduce manager training and add performance management software (46.4 percent) in the second half of 2022 and beyond.

HR leaders are experiencing pressure from all sides: leadership is imposing financial constraints while the organisation still needs to replace people leaving. HR must juggle the conflicting realities of the ‘Great Resignation’ with a possible downturn and having to implement layoffs.

When employers look to cut staff, HR has the difficult task of sharing the bad news. As a result of directly communicating layoffs to employees during their careers, 42.2 percent reported they have anxiety, 30.2 percent burnout and 16.8 percent quit.