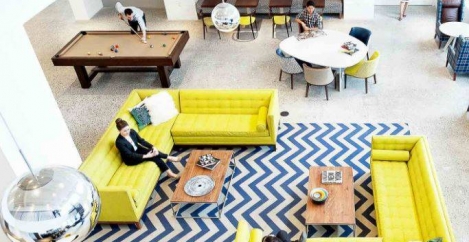 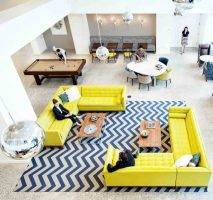 Giving employees more control over workplace design is the single most important contributing factor to their wellbeing, according to a new study. The Workplace & Wellbeing report examines the workplace design factors that influence wellbeing. The research team discovered that an invitation to participate in the design of the work environment raised levels of wellbeing, although increasing the level of participation did not necessarily increase the level of wellbeing. The research was led by the Royal College of Art’s Helen Hamlyn Centre for Design in partnership with architects Gensler and supported by a consortium of leading industry names: Milliken, Bupa, Royal Bank of Scotland, Kinnarps and Shell. The context for this project lies with a current ‘wellbeing deficit’ in the workplace which means absence from work costs the UK economy more than £14 billion a year according to the Confederation of British Industry.

In 2014, around 27.3 million working days were lost in the UK, according to the Health and Safety Executive; 23.3 million of them were due to work-related ill health, predominantly depression, stress, anxiety and musculoskeletal disorders, and just over 4 million due to workplace injuries (HSE 2015). While physical injuries in the workplace have reduced from a generation ago, mental health problems are now sharply on the rise, costing the UK economy the equivalent of £1,600 per employee according to the UK National WorkStress Network (2012).

At an event co-hosted by Milliken and Kinnarps at the Milliken showroom in London research leaders Jeremy Myerson, Professor of Design at the RCA and Phillip Tidd, Principal and Head of Consulting EMEA at Gensler introduced the research to the architectural, design, corporate and educational communities. They were joined by Sarah O’Farrell, Behaviour Change Expert at Bupa UK, for a discussion about the implications of the research and questions from the audience.

The first phase of the project consisted of a Scoping Study in four different organisations in London and the south east of England that have undergone different levels of workplace change over the past three years.

In the second phase of research, a Participatory Design Project was devised with three teams in one organisation in order to test the impact of different levels of design participation (high, low and no participation) on employee wellbeing. Teams worked to create, design and test interventions in the workspace. A validated measurement of mental wellbeing, the Short Warwick-Edinburgh Mental Wellbeing Scale, was used to measure the effects on employees.

According to Helen Hamlyn Professor of Design at the RCA, Jeremy Myerson: “Generally, we found that employee wellbeing and satisfaction was supported by such workplace design factors as a sense of connection with the outside world, a positive and purposeful environment, a variety of spaces and control over space. People felt better about work when invited to participate in the design of their work environment, and unfairly excluded from decision-making processes when not given a voice.”

Based on the study, the research team built a workplace wellbeing conceptual model that illustrates a necessary balance between the functional and psychological needs of the individual that organisations need to provide in the workplace. This model will be developed into a wellbeing evaluation toolkit in the next phase of RCA and Gensler’s Workplace & Wellbeing research, which is scheduled to run until spring 2017.