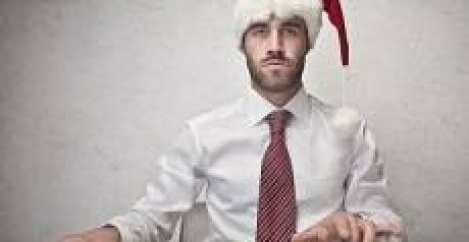 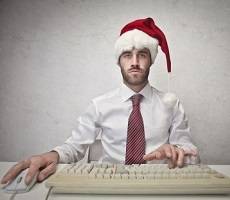 A common complaint over the Christmas period is that the vast majority of the population is off from Christmas Eve to after New Year’s Day. In fact a new survey shows that almost two thirds (66 percent) of people in the UK will be working during the festive period, almost 1 in 3 (31 percent) will be working on Christmas Day and 63 percent will check their emails over the period. Although 40 percent of those polled in the survey, which was carried out by retailer Cotton traders, do not have a choice about working over Christmas; of those that do, 46 percent are doing so to earn extra income to fund their Christmas and in the spirit of the season, 39 percent swapped shifts to allow colleagues with a young family to have the day off. Meanwhile, with a clear indication that the Christmas season has begun, advice has been issued by the TUC to staff and employers on how to avoid an embarrassing Christmas party.

In another indication of the growth of presenteeism, 63 percent of people will be checking their emails from home at Christmas with a huge 20 percent stating that they will check them every single day. At the other end of the scale almost a quarter (22 percent) admit to calling in sick to avoid working over the festive period, 15 percent have quit a job to avoid working at Christmas – with 28 percent of Scots having quit a job to avoid working Christmas, more than for any other region. Meanwhile, at 74 percent more Londoners will be working this festive period.

The survey finds that, of those who have attended a work Christmas party:

To help get through the Christmas party ordeal, the TUC makes some (pretty obvious) suggestions to employers, including ‘not making people feel bad if they don’t want to come along; ensuring there are plenty of non-alcoholic drinks available and not talking about staff performance or other serious HR issues during the party.

Staff are advised to:

TUC General Secretary Frances O’Grady said: “No one wants to make a fool of themselves in front of colleagues – or worse, do something that will get them sacked at Christmas. Use your common sense and have a happy and safe night.”

That is of course, unless you want to get sacked to avoid working Christmas Day.