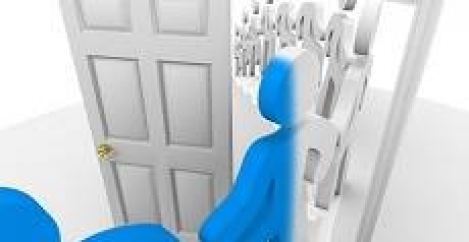 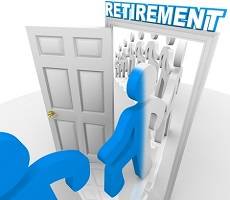 Despite government warnings of a looming skills shortage there remains a strong societal pressure for older workers to leave the workforce at state pension age. In a poll of 2,001 British adults by Randstad, three quarters of respondents report feeling this pressure, with 32 percent of respondents saying the pressure is ‘significant’. Only one in six workers (17 percent) feel there is no pressure. More than a third of workers (35 percent) plan to retire early as they feel “like they won’t be wanted in the workforce when older” – and a small but significant proportion of workers (7 percent) plan to retire early because they are worried about age discrimination. Keeping older workers says the report, requires initiatives like increasing the availability of flexible working and rolling-out phased retirement programmes, as well as a wider effort to publicise these efforts and change the attitudes of older workers.

A recent report by Ros Altmann, the Pensions Minister, illustrates that by 2022 the number of people in the workforce aged 50 to state pension age will have risen by 3.7 million to 13.8 million and the number aged 16-49 will have reduced by 700,000. If not planned for, the exodus of this generation will cause a severe second skills shortage as these older, and often more senior, workers leave the workforce en masse.

Mark Bull, CEO of Randstad UK, comments: “The baby-boomers are nearing retirement, and we could have a huge skills shortage on our hands if these senior, established staff exit the workforce en masse.

“This additional squeeze on skills could be catastrophic – especially considering the current war for talent. Given the current skills gap, finding the right people for the right jobs is becoming increasingly difficult. Now more than ever employers should hold onto their high performers as tightly as they can, as it can take a long time to fill the gap left by senior staff when they leave.”

TABLE 1: Percentage of respondents planning to retire early due to societal pressure – by length of time in workforce

Looking at the tension in UK cities, workers in Belfast, Liverpool and London are most likely to retire early due to pressure from society.

TABLE 2: Percentage of respondents planning to retire early due to societal pressure – by city

The reasons behind this differ between the areas. Belfast has the lowest employment rate of any region, with high levels of youth unemployment in particular, and this has added to the pressure on older workers to retire at state retirement age. Liverpool has been hit hard by public sector spending cuts, meaning the jobs market recovery in this region has been slow. London has a higher employment rate, but has a heavy focus on ‘younger’ sectors including Technology, Fintech and the Services sector.

When asked what changes would persuade them to stay in the workforce longer, 40 percent of respondents answered that the provision of flexible working arrangements could delay their retirement – by enabling them to fit their career around potential pressures such as caring for a loved one, or dealing with health issues. More than a third (38 percent) of workers claimed that a change of role to be more of a mentor figure would also help them to stay working longer – enabling them to share their life and work experience.

The availability of phased retirement to help smooth the transition from working to full retirement was also a popular option, with 33 percent of respondents saying this would help keep them in the workforce longer. Introducing retraining schemes was cited by 28 percent of respondents, while more than a fifth (21 percent) answered that a change in attitude in their workforce to become more accepting of older workers would have a positive impact.

Bull concludes: “Senior members of staff looking to switch companies should consider their future employer’s attitude to supporting them through their retirement – and whether they are proactively changing policy to prepare and accommodate for the ageing workforce.

“Savvy employers are planning now for this demographic shift, and protecting themselves against a talent exodus by introducing measures to retain their best staff for longer.”

Growth in freelance economy, as people seek better work-life balance The growing hysteria around employers’ ability to pry is not justified