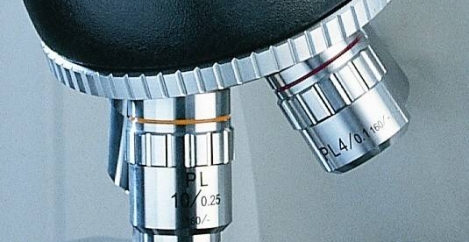 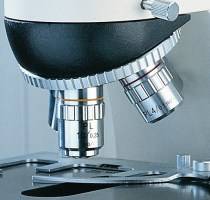 Two current media frenzies highlight just how paranoid we are becoming about the use of technology to monitor our behaviour and conversations. Last week bosses at the Daily Telegraph were found to have installed sensors under the desks of employees to find out when they were sitting at their desks. Yesterday, the world whipped itself up about a ruling from the European Court of Human Rights that was interpreted by a large number of media outlets as a rubber stamp for firms to monitor the private messages of staff. While the first story provides a perfect example of what happens when managers make stupid decisions, the second shows how the media can distort a story that taps into specific concerns and fears.  The headlines are now written and the narrative established so we may be hearing this distorted version of the truth for some time, but the facts are somewhat different to the headlines.

With regards to the story about the desk monitoring sensors at the Telegraph that emerged on Monday, there is at least some justification for the outrage. Not so much because of the sensors themselves, but for the cack-handed way they were introduced. Workplace monitoring sensors are now extremely commonplace and people don’t mind them, especially because the data they produce is (or should be) aggregated so is not specific to an individual. The problem at The Telegraph appears to be that they were introduced without consultation or even the knowledge of the people they were monitoring. Nothing will quite raise people’s hackles like the suspicion they are being snooped on, so it’s no surprise that the sensors have now been removed.

On the second story, it emerged that the ECHR had ruled in the case of a Romanian worker who was sacked by his employer in 2007 for using a Yahoo account to send personal messages to his fiancée and brother. The ruling concluded that it was “not unreasonable that an employer would want to verify that employees were completing their professional tasks during working hours.” Leading the charge into the misreporting of the ruling was the BBC who announced that “Private messages at work can be read by European employers“. This was pretty much in line with the reporting across the UK media, including both broadsheets and tabloids (who appear to have got some extra mileage from the usual complaint that the EU was imposing a barmy new law on the UK’s benighted population).

As the dust settles, a few voices have begun to highlight the facts behind this story. One of the first up was the website Legal Cheek, which pointed out firstly that the Romanian worker at the epicentre of it all had actually been using a work social media account for his private messages and secondly, the UK’s courts could just ignore the ruling if they wanted. A more detailed legal riposte to the misleading headlines is available on the blog of legal consultant Darren Newman.

Today the Chartered Institute of Personnel and Development has done its own bit to calm things down. Ben Willmott, head of public policy at the CIPD has issued the following statement. “The line between work and personal life is becoming increasingly blurred. We know that the working day rarely fits into a nine-to-five mould any more. Employees often respond to work emails on personal devices outside of usual working hours so it makes sense that, on occasion, they may want to engage in social correspondence during the working day on a work device. It’s about give and take and about trusting employees rather than creating a culture of surveillance and suspicion.”

“This ruling is not a green light for businesses to start snooping on their employees. Our research has shown that excessive monitoring of employees by organisations often cultivates a culture of distrust and negatively impacts on their loyalty and commitment. Employees that feel under excessive surveillance are also more likely to suffer from stress so there needs to be a clear case for monitoring. Organisations need to be transparent about if they are doing it and why; for example, being clear on the risks that the monitoring is designed to prevent. Employers should also set out clear rules around what personal use they do allow and what the limitations on this may be, such as the hours in which it is permitted.”

“It’s about respect too, and that goes both ways. As much as employees need to respect that certain rules are in place in order to protect businesses – in terms of reputation, data and productivity – employers need to treat their people with respect and provide some flexibility to help workers balance their personal and professional lives.”

UK workforce is on the brink of a mass exodus of senior staff Worldwide PC sales fell steeply during last quarter of 2015, claims report