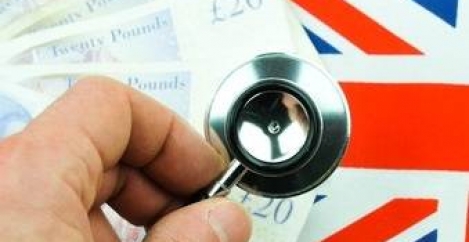 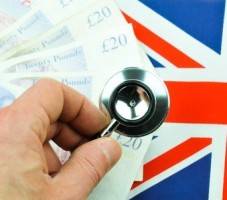 More than half of ill or injured property and construction workers still go into work because they can’t afford to take time off, a new survey on 2000 employees within the UK has revealed. The data gathered by First4lawyers on the run up to Brexit on EU employment law and sick pay has revealed how European countries treat their sick or injured workers. The results show that while a UK worker off work for a month would only receive 15 percent of their monthly wage – those in Germany receive 100 percent. This lack of pay forces many UK workers back into the workplace, but nearly three quarters (71 percent) also say they are scared to have time off work because they fear their employers opinion of them; 30 percent say their boss acts different toward them after asking for time off sick, and more than 1 in 3 say their employer does not support them during this time.

The research also found that 70 percent of employees in large businesses say they have gone into work ill with the biggest reason being guilt (34 percent) and those within large companies are most scared to take the time off. Unsurprisingly then  – those that work within large businesses most likely to take time of ill due to work related stress (19 percent).

Research also found that 61 percent of transport workers are going into work when ill or injured as well as a high 73 percent of healthcare workers.

The majority of these workers are on statutory sick pay and therefore avoid having time off. A high 21 percent of property and construction workers don’t get paid anything if ill however this is low in comparison to the performing arts where 94 percent of employees have gone into work ill or injured, as a majority of them receive no sick pay.

Statutory sick pay in the UK currently sits at £87.55 a week, forcing the employed into work ill or injured because they can’t afford to live otherwise. The average Brit’s monthly bills total around £850 however with a statutory sick pay income of £350 a month this leaves the ill/injured off work struggling to find £500 a month to keep up with their finances.

Click on the image below to see a comparison table with other EU countries. 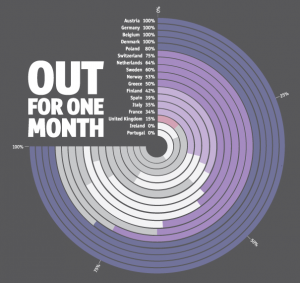 According to the research, the average person has had 8 and half days off ill per year within the last 12 months. Latest ONS data reveals that in total, 131 million days were lost due to sickness absences in the UK in 2013, down from 178 million days in 1993. This shows that numbers of days lost at work due to sickness is reducing, however this may be because people are now choosing to go in ill. The data shows that the average UK employee spends 9 and half days ill at work.

Minor illnesses were the most common reason given for sickness absence but more days were lost to back, neck and muscle pain than any other cause. Work related stress is also a cause for time of work – 17 percent of UK workers have had to take sick leave because of it.

For more information and advice from the research click here.

Men paid more after having kids, as mothers’ pay and prospects diminish Half of employees say mobile working makes them more productive