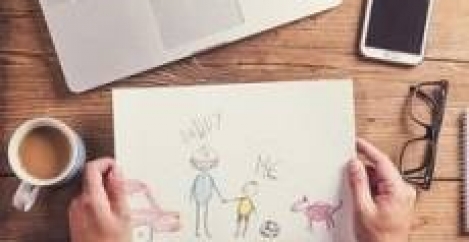 Men paid more after having kids, as mothers’ pay and prospects diminish 0 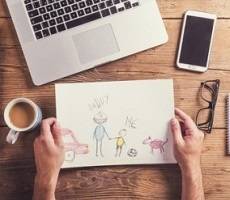 We’ve observed at Workplace Insight that the reason many women fall behind men in terms of pay and promotion may not be due to direct gender discrimination but becauses when women start having children, they’re penalised for needing a more flexible working arrangement. This theory has been borne out in a series of surveys and now the latest one shows how stacked the job market is against working mothers.  According to a new report by the TUC, fathers working full-time get paid a fifth more than men with similar jobs who don’t have children. The report shows that dads who work full-time experience, on average, a 21 percent ‘wage bonus’ and that working fathers with two children earn more (9 percent) than those with just one. The findings are in stark contrast to the experience of working mothers, says the report. Women who become mothers before 33 typically suffer a 15 percent pay penalty.

The analysis, which was s carried out for the TUC by the IPPR, explains that this fatherhood ‘wage bonus’ is primarily down to dads working longer hours and putting in increased effort at work in comparison to men without children. This might also help explain why so few men so far have taken up the government’s offer of paternal leave.

Labour market figures show that men with children work slightly longer hours on average than those without. In contrast mothers, even those in full-time jobs, tend to work shorter hours than similar women without children.

The TUC says another factor for the fatherhood premium may be positive discrimination. The report highlights international studies which found that CVs from fathers were more highly scored than identical ones from non-fathers, suggesting that employers view dads as more reliable and responsible employees, whereas CVs from mothers were marked down against those from women without children.

A recent poll by the Fawcett Society suggests that public opinion in the UK reflects this bias, with more than a quarter (29 percent) of respondents saying dads are more committed to their jobs after having a baby – and almost half of those who answered (46 percent) saying they think women are less committed to their work after becoming parents.

TUC General Secretary Frances O’Grady said: “In stark contrast to the experience of working mums who often see their earnings fall after having children, fatherhood has a positive impact on men’s earnings.

“It says much about current attitudes that men with children are seen as more committed by employers, while mothers are still often treated as liabilities.

“While men play a much more active role in raising their children nowadays, many are afraid to request flexible working or time off in case it damages their career prospects.

“We won’t break this cycle unless fathers are given access to independent paid leave to look after their kids, that isn’t shared with their partners. And we need more decently-paid jobs to be available on a reduced hours or flexible work basis. This would reduce the motherhood pay penalty and enable more dads to take work that fits with their parenting responsibilities.”