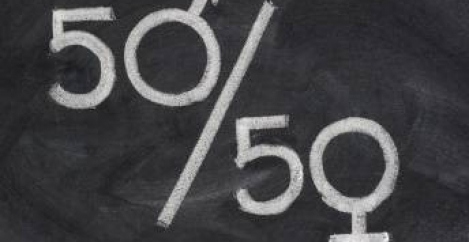 The standard gender pay gap narrative is a myth, but that doesn’t mean there aren’t problems 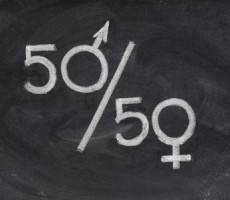 It is one of the great ironies of modern life that in a world drowning in data, a great deal of public discourse is driven by narratives that have little or no factual basis. If anything, the substitution of baseless and questionable stories. Sometimes these narratives are based on outdated realities. Sometimes on assumptions. Sometimes they are deliberately created and upheld by those with vested interests. Sometimes people lie, including to themselves. However they are formed, they can become pretty hard to dislodge, especially when they become so enshrined that the default response to inconvenient truths is a wall of cognitive dissonance and denial. I’m obviously building up to something here and it won’t necessarily be an easy thing to say or hear. And it’s this. The gender pay gap doesn’t exist. Or at least, it doesn’t exist in the way we normally assume so distracts from related issues that we may be able to address.

Yesterday, a perfect example of the assumed gender pay gap narrative cropped up in the media as the Prime Minister announced that, in future, UK firms with more than 250 employees would be obliged to publish details of pay differentials. According to an article he penned for The Times on the matter, he wants to one day ‘look back at the gender pay gap in the same way we look at women not voting and not working – as something outdated and wrong, that we overcame together.’

The myth of the gender pay gap

Those are fine words and who could possibly disagree? Except for one thing – they have absolutely no relation with reality. The normal refutation for the gender pay gap narrative embraced by David Cameron – whether you think it is 12 percent or 23 percent or whatever – is that it ignores the different jobs men and women do across the whole economy. It also ignores the fact that paying people differently for doing the same job based on gender has been illegal since 1970. No doubt there are individual cases where this kind of Jurassic practice still takes place, but the overwhelming majority of employers don’t indulge in that sort of nonsense, thank goodness.

We also know that this is not merely an issue of more women being in part time work, but also choosing different careers where pay may be lower. It may be that women and men are drawn to different disciplines and roles. The psychologist Simon Baron Cohen has produced some interesting work on this matter, suggesting that men are more attracted to systemised work and women to jobs that depend more on empathy. While we should be careful not to stereotype, even in individual disciplines such as medicine this general principle can be used to explain why more men end up working in surgical roles while women opt for general practice, which usually pays less but they find more rewarding.

So what happens to the pay differentials between men and women when you don’t compare apples and oranges but make comparisons on a like for like basis instead? Well, this is where the numbers get interesting and a more complex picture emerges.

Earlier this year, the Office for National Statistics for the first time published details of pay differentials by age and sex and the results are eye opening.  The most startling finding was that women in their 20s and early 30s earn more than men of the same age and in the same job. However, as people get older, the pay gap goes into reverse, with men marginally out earning women at the age of 35, with the pay gap then widening rapidly into early middle age.

One logical conclusion we can draw from this is that what we should be addressing is not a gender pay gap, unless you mean the one between younger men and women, but a motherhood pay gap. Or even a parental pay gap, since fathers now also have the right to take paternal leave.  This conclusion is also supported by other official data such as the fact that women without children buck the general trend and earn more than men into their forties.

So, it seems extremely likely that the defining factors that determine pay are the life choices people make at the age at which the parental pay gap kicks in. There are things firms can do to narrow this gap, notably by offering more flexible working practices that can help parents better maintain their careers and so their incomes. It seems unlikely that this will completely remove the motherhood pay gap simply because some mothers find parenthood more rewarding than dedicating themselves to full time work, but it would certainly help.

This is the area of policy the Government should  really be focussing on. It’s possible that the proposal to oblige firms to publish details of pay differentials will flush out whatever dinosaurs remain, but more women (and men) would be better served by encouraging employers to create working cultures that help people to better balance their careers and personal choices.

There’s also one final fact that both complicates things and makes the underlying forces a bit clearer. The data also shows that, in any particular age group, fathers earn more than non fathers. You can make what you like of that particular nugget but my conclusion would be that fathers are reacting to parenthood by taking on more responsibility for providing for their families. It may also help to partly explain the pay gap that opens up between men and women as they start families.

It also supports the notion that differentials in pay are far more likely to arise from personal choices than they are from deliberate discrimination from employers with antediluvian attitudes to women. I find it hard to believe that David Cameron doesn’t know this or at least can’t be made aware. Instead, he appears to be playing at identity politics with something that is pretty much a non-issue, but one that draws on a widely accepted, persistent and baseless narrative.

One in five Brits distrustful of adopting wearable technology at work Forget flexible working, what most workers would prefer is more money