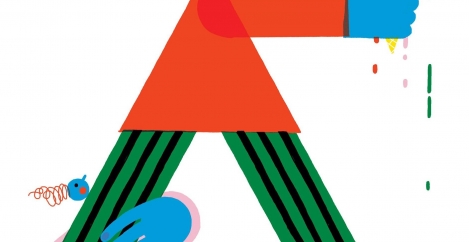 A little local difficulty, treating people as pets, designing for serendipity and some other stuff you might like 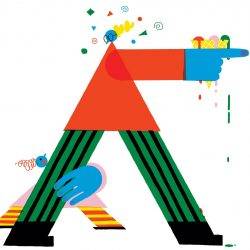 The big news to be on the lookout for this month is the BIFM’s impending name change to the Institute of Workplace and Facilities Management. Now the interesting thing about this development is what it might tell us about the changing world of work and the distinction between the physical office and the places we actually work, including in digital space. So that’s what everybody’s focussed on right?

The debate, in the FM sector at least, is already largely about whether the facilities management discipline already incorporates the emerging and similarly nebulous discipline of workplace management or whether it’s the other way around. Having spent the past three decades wallowing around in this sort of discussion, the FM sector clearly feels comfortable wading in to new muddied waters now. Not that anybody else knows or cares.

I have already taken on the subject of this parochial spat about taxonomy here, but Neil Usher wades in with his own take on it all here, concluding that… “while it appears that there is a skirmish for the soul of FM, there isn’t really. There is potentially a greater sum of the two parts. From here, both sides would do well to stop claiming some kind of moral superiority. It’s time to stop arguing, and to work together.”

If you want to know what the skirmish actually looks like, Jo Sutherland reports on a recent debate in London which sets out its terms. Expect the Fac-Endians and Work-Endians to keep this going for years, but that doesn’t mean we have to take a side or to even accept that one lords it over the other. Take the third way.

Back in the wider world, the decreasing relevance of titles and job demarcations has been addressed by the man who fell to Earth known to the rest of us bipeds as Elon Musk, who tweeted his indifference to job titles thus: “I’m now the Nothing of Tesla. Seems fine so far”. A piece in Quartz picks up the idea and runs with it, declaring ‘we are all project managers now’. Just don’t tell the BIFM.

Musk is in the vanguard of an era of strange and unpredictable tech. Things are getting very odd in this world. This week alone I’ve read stories about how Uber drivers are struggling to cope with being managed by an algorithm and the use of powder to store data.

We’re going to long for the days of Moore’s Law very soon, missing the certainty of knowing things are merely getting smaller and faster, rather than weirder. There are already signs that we’re running out of faith in tech. A story from the World Economic Forum looks at how people are rapidly losing faith in technology as a solution to major problems.

Finally, two very human stories, both of which challenge the assumption that we can be stimulated to a specific response. The first highlights the complexities of motivation, challenging the idea that the office is a Skinner’s Box and the creatures inside can be incentivised in the same way as pets.

The second looks at the much talked about issue of serendipity, one of the features we would like to design into the places we work, but which is more about the readiness of the mind to see things for what they are and their potential than it is about the external environment.