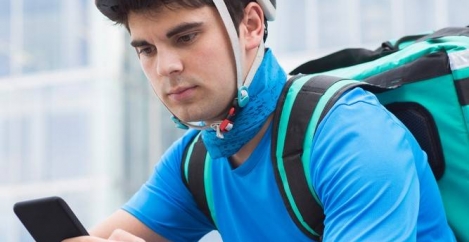 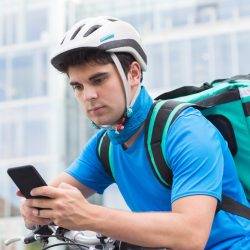 Britain’s graduate debt crisis means that nearly half of current students and recent graduates (42 percent) have taken up a so-called side hustle or joined the gig economy, in order to combat debt, afford rent and the rising cost of living. One in five (22 percent) also cited having two additional jobs, with the next generation of workers concerned about the overwhelming cost of living.

Side hustles are most commonly defined as a type of employment undertaken in addition to studying or having a full-time job in order to provide additional income. However, Milkround’s survey of nearly 5,000 students and recent graduates has revealed that on average, they’re spending over 8 hours a week on their ‘side hustle’ as they can’t afford to live on their main income or student loan. Subsequently earning an average extra of £3,393 a year.

Money is the main motivator

With the value of outstanding student loans topping £121 billion in March this year, and full-time university fees set at £9,250[, graduates are already in more than £50,000 debt from the very first time they walk into the workplace. The graduate debt crisis has never been more acute and it’s no wonder that money is the main motivator for side hustles.

Three fifths (60 percent) of students and graduates across the country said that they have a side hustle because the cost of living is too high to exist on their main salary or student loan, and 43 percent wouldn’t be able to afford their rent without the additional income from their side hustle. Whilst 87 percent of respondents who didn’t currently have a side hustle would contemplate one in order to earn extra cash.

With businesses such as Instagram and Under Armour having started out as side projects for their founders, the passion over pay approach is on the rise amongst younger people. One in three students and graduates (31 percent) have a side hustle for extra experience and 43 percent agreed that their side hustle helps to develop entrepreneurial skills.

As softer skills such as excellent communication and creativity become more desirable to employers, those with side hustles are consistently enhancing their skill set and demonstrating the dedication to their creative passions, to ensure they are the strongest candidate for recruiters.

Not all side hustles are purely financially motivated

Whilst nearly a third (30 percent) are sacrificing between eight and ten hours a week or more on their side hustle – which they felt could have been better spent having fun or socialising – not all side hustles are purely financially motivated. Whilst many believe they are sacrificing their social time, 41 percent cite their side hustles as a creative outlet, as it improves their quality of life (61 percent) and even enables them to meet new people and friends (65 percent). One in five (20 percent) of those had quirky, creative jobs such as a nightclub lighting designer, a trampoline park party host, escape room host and a tattoo artist.

Georgina Brazier, Graduate Jobs Expert at Milkround, said: “With student loans, the cost of rent and living consistently rising, there are more financial burdens placed on students and graduates than ever. Not only has our research uncovered the financial pressures students are facing, but also the tensions between losing out on socialising due to having a side hustle, to earn extra cash.

“Unsurprisingly, hospitality, events and retail were the most popular sectors for side-hustles, most likely due to the flexibility and social benefits that come with these types of roles. There are various benefits to having a side hustle, including channelling creative talents, passion for learning new skills and standing out from the crowd to future employees, whilst earning money at the same time.

The fact that one in three (31 percent) have a side hustle to gain experience in the industry they want to work in, demonstrates a real desire for candidates looking to push themselves in an increasingly competitive graduate job market. As celebrities, schools and recruiters call for more creative skills to be taught to students, creative side hustles should be encouraged, and entrepreneurial instincts recognised by more companies when recruiting.”