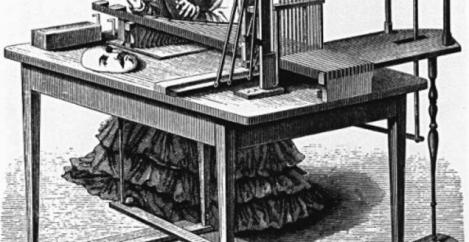 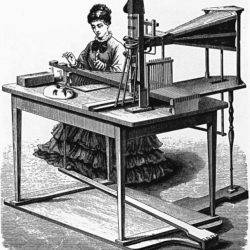 A new poll claims that one in three (37 percent) employees consider their current job to be at risk from automation and digital transformation. HR software provider CIPHR has compiled a list of the occupations that are the most and least likely to be replaced by technology or machines, based on the results of a survey of more than 1,000 UK workers: www.ciphr.com/jobs-at-risk-from-automation. Survey respondents were asked to rate the likelihood that their own occupation could become automated in the future, due to advances in smart technologies, artificial intelligence (AI) and machine learning, and robotics.

Around a third of women (33 percent) and over two-fifths (43 percent) of men consider it likely or very likely that automation could replace their jobs. While over half (54 percent) of those aged 18-to-24-years-old, compared to around a quarter (27 percent) of over-45s, believe that their job might not exist one day.

Just because an occupation could become fully automated, however, doesn’t mean it necessarily will. A more widely accepted view is that many roles will adapt and evolve and that new roles will be created, as even more work tasks and business processes – particularly those that are more routine or repetitive – can be done efficiently by machines.

To find out how closely people’s perceptions of automation match the reality – or, rather, the likelihood – of what’s to come, CIPHR compared its survey results with a report by the Office for National Statistics (ONS) on the probability of automation in England. The findings show a distinct difference, for almost all occupations included in the study, between what workers think is likely to happen to their current jobs and what ONS researchers predict will happen to those jobs.

In many cases, people vastly underestimated or overestimated the likelihood of their occupation becoming automated. This disparity suggests a significant misconception about which jobs (and which tasks within them) are susceptible to automation, with many employees unaware and potentially unprepared for the changes that may lie ahead in their working lives.

Kitchen and catering assistants, cleaners, and sales and retail assistants – some of the occupations with the largest number of workers in the UK – are among the occupations to be given a ‘probability of automation’ score of over 60 percent in the ONS report (ie 60 percent or more of those jobs are at risk from automation). The people working in those roles, however, are more conservative in their estimations – rating the likelihood of their job being replaced by automation as 42 percent, 17 percent and 43 percent respectively.

On the opposite end of the scale, many of the jobs assessed as ‘low risk’ of automation (with a ‘probability of automation’ score of under 30 percent) in the ONS report, such as nurses (25 percent), IT directors (25 percent) and accountants (26 percent), aren’t necessarily considered so by the people doing those jobs (who rate the likelihood of automation as 32 percent, 55 percent and 64 percent respectively).

The perception gap (between the ONS’ probability of automation vs survey respondents’ opinions on whether their job is at risk from future automation) varies significantly by job type. On average, people working in non-desk-based, more labour-intensive roles are more likely than their desk-based counterparts to underestimate the impact of automation on their occupation in the future (69 percent compared to 49 percent). While half of workers in desk-based jobs overestimate the likelihood of their occupation becoming automated.

Similarly, a greater proportion of people working in jobs that pay over £40,000 a year are more likely to overestimate the likelihood of their occupation becoming automated than those earning under £31,285 – the UK’s average median annual salary for full-time employees (76 percent compared to 29 percent).

Occupations with the smallest difference (1 percent or less) between the two sets of results (CIPHR’s survey and the ONS’ report) include human resource managers and directors (29 percent of this occupational group think their job is likely to be replaced by technology or machines), IT user support technicians (27 percent), programmers and software development professionals (27 percent), restaurant and catering establishment managers and proprietors (38 percent), and bookkeepers, payroll managers and wages clerks (55 percent).

CIPHR polled a representative sample of 1,031 employed British adults to find out whether they thought their job could become automated in the future (they were also asked to disclose their exact job titles). The results are available at www.ciphr.com/jobs-at-risk-from-automation.