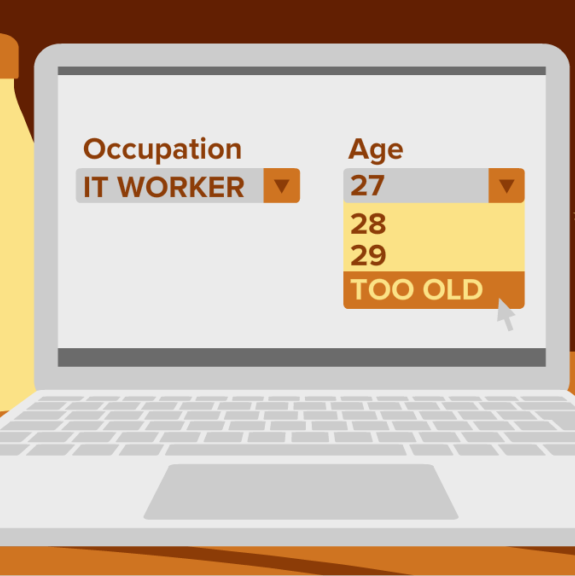 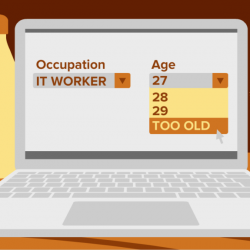 A new study from tech recruiter CWJobs claims to identify what it calls the ‘staggering level’ of ageism that IT and tech workers face at work. From seemingly innocuous comments to being overlooked for promotion in favour of younger colleagues, a worrying number of the UK’s tech-sector employees are facing daily hurdles to prove they’re not yet a career ‘dinosaur’. Well over a third (41 percent) of IT and tech-sector workers said they have observed age discrimination in the workplace, compared to 27 percent average across other UK industries.  It’s no surprise then that 61 percent of workers in the sector answered ‘yes’ when asked if, in the tech industry employees experience prejudice when considered to be older, the highest of any UK sector.

Extraordinarily, today’s survey reveals that those employed in IT and tech are venerable to start experiencing age discrimination over a decade earlier than the national industry average. On average, UK IT and Tech sector employees start experiencing ageism at the age of twenty-nine and are prematurely considered ‘too old’ for their industry by thirty-eight. 36 percent of tech workers told CWJobs that someone has implied their career is likely to be negatively impacted by their increasing age.

In fact, despite the UK’s ageing population, 40 percent of the workforce say they feel old when compared to their co-workers. This rises to well over half (57 percent) amongst workers. Tech workers also begin to feel older at a much younger age. On average UK workers say they start to feel their years at 47, still a relatively young age.

However, in tech, a worker’s vintage matures a decade earlier at 37 years old, the youngest across any UK industry.  The most common forms of age-based discrimination include not being offered a job (47 percent), being overlooked for a promotion (31 percent) and excluded from social activities (28 percent).

Of the many insults levied against IT and tech workers, the most frequently used are ‘Old Git’ (58 percent) ‘Old Fart’ (61 percent) and ‘Dinosaur’ (56 percent). 53 percent say they have heard the phrase ‘coffin dodger’. Another 60 percent have heard it said that ‘Old people don’t understand technology’. Across all industries, male workers were in fact the most likely to be on the receiving end of ageist insults.  This is in spite of the fact that the current average age of a digital tech employee in the UK is currently 35, so just what is going wrong?

Despite the prevalence of ageism across UK industries, the majority, two-thirds (64 percent) don’t report it. The main reason for not doing so being a desire on the part of the employee to ‘not to cause a fuss’ (33 percent).

Another issue for workers lies the lack of industry awareness that ageism is, in fact, illegal. Even though over three-quarters (77 percent) of workers in the UK are aware of the illegality of discrimination based on age; this drops by more than a third (to less than half at 47 percent) for victims of ageism in the tech industry.

The consequences of this can be dire and definitive. Across all industries 76 percent who have experienced ageism say that it has had a negative impact on their mental health, leaving many feeling stressed (31 percent) and demotivated (28 percent) in their current roles. Technology workers who have experienced ageism are much more likely to have been excluded from benefits (39 percent), as well as struggling to make friends (30 percent). Half (51 percent) choose to simply cut their losses and leave their job because of age discrimination.

‘‘Age shouldn’t be a barrier to people finding the right job, or employers finding the right candidate,” said Patrick Thomson, Senior Programme Manager, Centre for Ageing Better. “These new figures show the shocking prevalence of ageism in the tech industry, where both workers and employers are being damaged by these outdated attitudes. Sadly, we know that these prejudices are all too common across our society. More people say they experience ageism than any other form of discrimination. And this hits older workers hard, with a third of over-50s believing that they have been turned down for a job because of their age.

“People in their 50s and 60s are making up an increasing proportion of the workforce, with many fewer younger candidates, so employers will lose out if they don’t tackle ageism within their organisations. In order to make the most of the skills and talents of the over-50s, employers need to hire age-positively, offer flexible working to suit those with caring responsibilities or health issues, and take a zero-tolerance approach to the kinds of everyday ageism these figures from CWJobs highlight. ’’