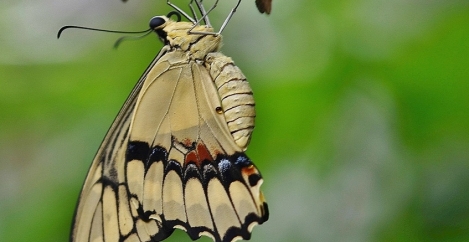 Always connected in the age of disconnection 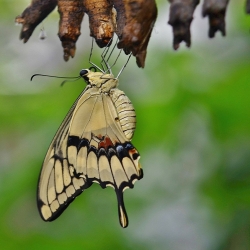 All of humanity’s problems,” the French scientist and philosopher Blaise Pascal wrote in 1654, “stem from man’s inability to sit quietly in a room alone.” He may have been right, but then again, sitting in a room alone isn’t necessarily a great state of permanent being either. There was a time we used to talk with dismay about the Japanese phenomenon of intense social distancing known as hikikomori. We would consider with horror the isolation, lack of engagement with society, poor mental health and loneliness of the people who had almost completely withdrawn to their rooms. Those poor bastards locked up in enclosed spaces linked to the outside world only by screens.

We don’t seem to talk about it as an alien concept anymore. This is the age of disconnection.

But chronic solitude and loneliness can actually harm your health, perhaps even to a greater degree than smoking or high blood pressure. Lonely people have an elevated risk of suffering from dementia and depression , and unwanted solitude can create or exacerbate mental health problems, even at moderate levels.

Part of the problem we have is with the language we are using to discuss where we go from here. Words matter. As the writer Alan Moore believes in his own way, the language we use casts a spell and summons up all kinds of things, horrific and beautiful. Our world holds together or falls apart based on a consensus of words and ideas.

We need to draw a distinction between flexible working and remote working, which are still used interchangeably

For one thing, we need to draw a distinction between flexible working, hybrid working and remote working, which are still used interchangeably. The conflation of the terms may explain why the pronouncement of execs that some percentage of their workforce is to work remotely in future is met with approval, while the suggestion by Microsoft CEO Satya Nadella that working from home isn’t something to consider permanently for everybody is heresy.

In a Medium article entitled Working from Home: Emancipation or Alienation of the White-Collar Worker, Maya Drøschler reports on the different experiences of remote work:
“To some, it has been a pleasant experience, to others working from home has been lonely and exhausting. Those who have enjoyed the new working conditions and the changed work environment report benefits like these: Commuting time has been reduced, the pressure on the family likewise and the conditions for deep work have been dramatically improved as a result of both fewer interruptions from co-workers and less office noise.

“Conversely, the more unenthusiastic group reports loneliness, work without boundaries, Zoom-fatigue, and frustration over work’s “colonialization of the home” in both a digital sense (your boss and colleagues are staring at your home arrangements, pets, partner, and children in digital meetings) and in a concrete physical sense; laptops, cables and office papers lying around on dining tables, in bedrooms and in children’s rooms.”

Remote isn’t flexible. It can be just differently rigid

Remote isn’t flexible. Or at least not always. It can be just differently rigid. The work that people will do while physically disconnected from each other and monitored by apps is transactional. Zoom calls and weekly gatherings in a hotel for a corporate approved and observed get-together are not as good as the bonds that we are used to. They only approximate our connections, a poor facsimile of human interaction.

The screen offers a facsimile of connection. But our instincts know it isn’t the real thing. Jean Twenge, a psychology professor at San Diego State University, and her colleagues, in a survey of more than 44,000 parents in the United States, found that increases in screen time that exceeded one hour a day were accompanied by less and less psychological wellbeing, including less curiosity, lower self-control, more distractibility, more difficulty making friends, less emotional stability, and less ability to finish tasks.

We have seen the reality of this for many people described as not working from home, but sleeping in the office. They may not want to return to the old ways of work, in particular the insanity of commuting and rigid times of work, but nor do they want to swap them for the sort of work they could expect as a freelancer.

The principle underlying a lot of the current narrative about remote work is old and something that until recently we could reject with little opposition. It is Economic Man, that idea of the perfectly rational, perfectly informed individual who makes decisions only to maximise their personal utility.

It is a 19th Century idea formulated by the likes of René Descartes and John Stuart Mill and we have been fighting it for decades. Yet here it is again, its DNA drawn from the amber and injected back into society.

The other phrase we need to discard if we want to magic into existence something better is new normal. It suggests that there was an old normal and perpetuates the fallacious idea that organisations are evolving toward some single, universal work culture. They didn’t share one in the past, they won’t in the future.

None of this is to suggest that there aren’t problems with the way we worked before all this happened. Indeed we created this magazine and the Workplace Insight platform to highlight those problems and the potential solutions, to hold better conversations and find better ways of working focused on the needs of individuals. The issue was and is how we create a better idea of the workplace, woven from its physical, digital and cultural threads.

The current mainstream narrative often lacks the nuance of these conversations. We have a chance to open up the existing debate about better work and workplaces and their role in the world to a much wider audience. Instead, we are seeing the propagation of an old and anti-human vision of work as an economic transaction between the individual and the firm, which monitors every keystroke and interaction.

“The boundaries between one’s work and one’s private life have never been so blurred,” wrote James Woudhuysen in a recent article. “Today one can bring pets into many US offices, while the sight of children, hugging and ‘athleisure’ clothes has also become more common. But does all this lead to genuine reductions in workload, to progress and to wealth creation? That would seem unlikely.

“The defects of open-plan offices, WFH and hybrid working go further than office politics, boring meetings, exasperated individuals, the commute, or Zoom fatigue. We are dealing with a much wider surrender of home, office, stations, trains, cafés, hotel rooms and personal thoughts – sometimes, a surrender of sleep itself – to employers who are endlessly demanding.

“History shows that the fashionable quest for openness about the self has coincided with the concentration of enormous power in the hands of the employers and their HR departments. Wherever work ends up taking place in tomorrow’s service economy, in the office or at home, we should never forget that.”

This is not just an issue of connecting to other people. It’s about connecting to the world more generally, and the natural world in particular.

Japanese doctors and psychologists have developed a mental therapy called “forest bathing” (shinrin-yoku). The idea is that spending time in nature—specifically walking through forests—might improve mental health. Research with hundreds of healthy volunteers, using standard psychological tests of mood and anxiety and comparing mental states of people who spent time in a natural setting for a day with those of the same group on another “control” day, away from nature, have shown that hostility, depression, and stress are significantly decreased after a day in the forest. The effects are apparent across a range of tests and metrics.

It is also there to be measured in the very chemistry of our bodies. Numerous studies, recently summarised and published in the International Journal of Biometeorology, have shown that spending time in nature significantly reduces levels of cortisol, the body’s principal stress hormone. This is hardwired into the brains that evolved over the millions of years that we lived in the savannas and plains, not in the covered constructions of the past few thousand years.

The world would be a better, happier place if more of us followed this lead and looked up from our screens more often. We need to spend more time with each other and outside. As E M Forster instructs in Howards End: “Only connect!”

This feature appears in Issue 10 of IN Magazine