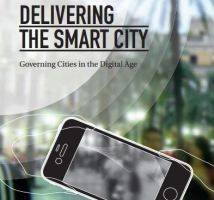 A new report published by engineering and design consultancy Arup and University College London claims that the pioneers of the smart cities movement need to take a more strategic approach to ensure that their spending on IT infrastructure is effective in meeting their objectives. The report Delivering the Smart City: Governing Cities in the Digital Age is based on research of eight cities including London and Bristol in the UK alongside a number of other prominent global cities such as Chicago, Barcelona, Stockholm and Hong Kong. The report found that the cities spend an average of 6 percent of their expenditure on IT services and technology, which amounts to approximately £23 million per city across the study and is roughly equivalent to the amount budgeted in the financial services sector worldwide. While the authors welcome this as a sign that tech spending is taken seriously, they also claim that more could be done to target this spending effectively and tailored to the specific needs of each city depending on factors such as its ‘ecosystem’, culture and governance. It believes that the lessons from this are appropriate to all cities, not just those already pursuing a smart agenda.

The report identifies a seven stage process that it claims will that expenditure is used in the best possible way:

The report claims that while its research focuses on eight of the most prominent areas in the smart city movement, the lessons are relevant to all. “It comes back to city governments- the custodians of public welfare – to convene the actors in the smart city ecosystem in order to support and safeguard positive outcomes for all citizens”, it concludes. “This requires strong leadership founded on a clear vision and a comprehensive understanding of local capabilities and aspirations. It requires practical and sound organisational capacity within the city council. It requires an understanding that no one party has all the answers and it requires strong partnerships across the city and beyond.”