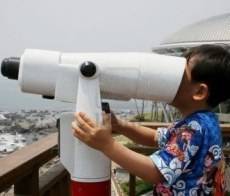 A new report into the future of work from Cisco claims –unsurprisingly – that employers are shifting their workplace policies to accommodate new demands from employees for more flexible working styles, regardless of their demographic cluster. The 2014 Cisco Connected World Technology Report also also claims that the majority of both Generation X and Y professionals already believe that smartphones and wearable devices will be the workforce’s most important communication devices by 2020 – while the laptop will maintain its place as the workplace device of choice. These devices and their attendant software and apps will drive the uptake of flexible working although sixty percent of respondents to the survey still prefer to take notes using a pen and paper. Two of the most intriguing findings of the report are that while just over half of Gen Y professionals think they are more efficient than older workers (roughly in line with the perceptions of older workers themselves) this is way out of step with the impression HR professionals, and the majority of people still believe that the future of work still lies in the office, at least some of the time.

Other key findings of the future of work report include:

Latest Insight newsletter: weaving together the strands of people, place and technology Arup and UCL report offers up lessons from smart cities pioneers