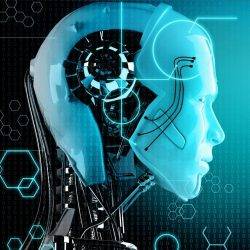 Asia is set to lead the world in the uptake of artificial intelligence in the workplace and human resources managers expect to be in the vanguard when it comes to managing in the new era. According to a report in the MIT Technology Review, two thirds of HR managers in the region expect to be dealing with AI within five years and nearly three quarters believe the technology will lead to substantial job losses over the same period. Although the report is based on interviews with just 60 executives it highlights a growing awareness among HR managers worldwide that they will have to adjust very soon to a new era in which people are working alongside the next generation of AI. The report also highlights the different perspectives that HR professionals have on the subject compared to the boardroom.

Senior executives view AI as an opportunity to make organisations more competitive while HR managers tend to consider it a specific challenge with regard to their own roles, levels of employment and the integration of AI alongside a human workforce. Despite the projected job losses, respondents to the study believe the impact of AI on their own job function is likely to be positive, with a chance to work with both  humans and machines.

“The Asian academic scene is advancing quickly – what’s more, entrepreneurs are returning from big companies in the U.S. to create their own domestic ventures,” Will Knight, senior AI editor at MIT Technology Review says in the report.