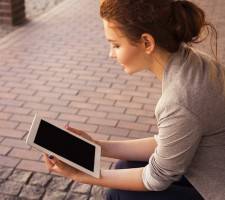 One of the usual arguments against offering people greater autonomy over where and how they work is a lack of control and a consequent lack of effort from employees. However new evidence published by German researchers suggests what actually happens is the opposite. When the employer relinquishes control, people work more. The paper, from researchers in Berlin based on an eight year study, found that people who enjoy ‘full and unrecorded’ autonomy over how they manage their work put in an extra seven hours each week. Interestingly, even those with fixed hours give their employers an extra two hours weekly, but the report suggests there is a clear correlation between personal autonomy and hours worked. Other factors that influence hours worked include seniority, job security, satisfaction and tenure. Taken together these account for nearly two hours of extra work each week.

The report, Self-Managed Working Time and Employee Effort: Theory and Evidence, was published by Michael Beckmann, Thomas Cornelissen and Matthias Kräkel of the Deutsches Institut für Wirtschaftsforschung (German Institute for Economic Research)  based on a study of German fixed and autonomous workers between 2003 and 2011.The report also draws on other existing research to place its finding in context and allow the authors to draw conclusions about the dynamics of their results.

While the authors acknowledge that there is a degree to which autonomous workers are ‘paying back’ their employers for showing them the trust to work autonomously, the major factor that defines how much effort people put into their work appears to be their intrinsic motivation. According to the authors this also manifests itself in a degree of lower effort put in by people who lack this motivation when they are offered greater autonomy over their work schedules.

The authors suggest that it is the combination of an individual’s degree of reciprocity and intrinsic motivation that are the major determinants of the outcome of workplace autonomy. Allowing for all other factors, they found that over the course of a week, empowered, self-motivated employees put in an extra 75 minutes more than people who show no self-motivation. On its own, reciprocity has little effect on time worked and neither do performance reviews and other forms of monitoring.

The paper concludes that: “From a theoretical perspective, we find that the impact of working time autonomy on worker performance is ambiguous. On the one hand, due to high working time autonomy and low monitoring precision, the employer prefers low-powered extrinsic incentives. Consequently, workers choose low effort under the optimal incentive scheme. On the other hand, additional intrinsic motivation and incentives from reciprocating received autonomy can provide extra effort, so that the overall impact of working time autonomy on effort depends on which effect dominates. Our empirical findings imply that self-managed working time (SMWT) has a moderate, positive net effect on extra working time measured as the difference between workers’ actual and contractual working hours. Moreover, our results indicate that these extra working hours do not reflect an inefficient usage of working time, which supports our notion of extra working hours as extra effort. Finally, we show that the positive effort effect of SMWT is mainly driven by increased intrinsic worker motivation.”