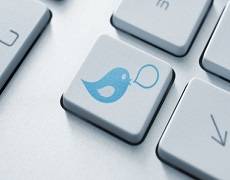 Research launched today at the CIPD’s Social Media in HR conference reveals social media is still a long way off from infiltrating the workplace to the extent it is used in our social lives. Three in four (76%) use social media in their personal lives, but just one in four (26%) use it for work purposes. Given the news this week that the attorney general is to publish guidance on Twitter to help prevent social media users from committing contempt of court, employers could be forgiven in being wary of the risks of social media. This is a mistake, as according to the research, ‘Social technology, social business?’ almost half (47%) of employees who use social media for work on a daily basis already see real benefits for their organisations.

The survey of more than 2,000 employees also confirmed generational differences in the use of social media, with the proportion of UK employees who use social media for work rising to 42 per cent among 18 to 24 year-olds. This suggests it will become more commonplace in the future, irrespective of organisational strategy, and many employers are likely to be left playing catch up – neither managing risk sufficiently nor reaping the potential benefits.

Access to social media at work isn’t the reason for its slow take up, as half of employees (50%) are able to access social media at their workplace – double the number that currently use it –  rather, the  research shows that the main factors at play are issues of perception and organisational culture.

Many employees are not yet convinced of the value of social media or its relevance to their role (just 6% of non-users can see the benefits) and in those organisations where policies on social media are most relaxed, greater benefits are reaped (56% see a lot of benefit from social media for the organisation, compared to 39% of organisations with strict policies).

The survey revealed a variety of benefits associated with using social media in the workplace; including half (50%) of those who use social media for work purposes saying it helps them collaborate with people outside their organisation;  53 per cent say it gives them meaningful connections with new people; 1 in 5 (20%) says it gives them the opportunity to discuss aspects of their work they would not otherwise discuss; around 1 in 4 says it helps them be more influential in their organisations (24%) and gives employees a voice (23%).

The survey does not support concerns that social media platforms used within organisations leads to time-wasting and reduced productivity due to non-work chat, but it also shows that the potential for employee voice and collaboration within organisations has not been realised.

Jonny Gifford, research adviser at the CIPD, comments: “For the moment, the claims made by social media advocates who predicted widespread transformation of our workplaces and working lives appear exaggerated, but the impact of social media in the workplace is likely to grow as more people interact with it. When you look at the number of young people already using social media, it does look set to become a bigger part of how we work in the future.”

To read the findings in full, download the report here. The CIPD’s latest podcast discusses the report’s findings in more depth, as well as talking to some truly social HR practitioners about the impact that these technologies have had on their working lives.