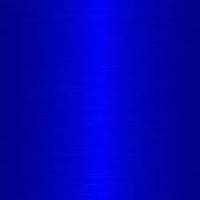 So here it is. Blue Monday. Officially the most depressing day of the year. We say ‘officially’, but like the idea of ‘Body Odour’ its common usage hides the fact that it was originally created as part of a 2005 PR campaign. For Sky’s travel channel. The whole idea of Blue Monday is couched in a pseudo-mathematical equation which includes factors like the weather, levels of debt, time since Christmas, low levels of motivation and, apparently, an unspecified variable known simply as ‘D’. Now, of course, none of this is either easy to define or measure and while we mock the idea, it’s not so far removed from Prime Minister David Cameron’s attempts to measure ‘happiness’ as an alternative to GDP.

The previous Government had tried to introduce its own measure of ‘wellbeing’ but in 2010 the current administration announced a £2 million plan as a way of gauging how the country was doing rather than focussing solely on economic indices. From April of 2011 the Office for National Statistics began to ask people to rate their own wellbeing. The first results published in 2012 showed that the average Brit rated their ‘life satisfaction’ as 7.4 out of ten, which doesn’t seem too bad.

The latest figures published in the summer of 2013 even showed we perked up a bit (by around 1 percent). This was put down in part to the warming effects of the Olympics and Jubilee but given the arbitrary nature of the measure, it’s hard to tell.

Even if the factors used to measure happiness and wellbeing we are also incredibly bad at assessing our own levels of happiness, struggle to distinguish between the long term and short term aspects of what makes us happy and overestimate the importance of factors like material wealth. Much of this is down to our evolutionary past according to the author and Psychologist Dan Gilbert as he explores in the Ted Talk below but there are also conscious choices we can make that increase our levels of happiness, according to psychologists.

One of the many reports into workplace happiness was published last year as we reported here. One of the main conclusions of this report is that happiness is complex and depends to a large extent on the context in which people work. It’s a report based on millions of pieces of data and takes into account detailed and interrelated factors and does not make simplistic assumptions.

It’s very unlikely that it will have gained as much press coverage as a release last week from recruitment consultancy Monster which clambered on board the Blue Monday bandwagon with a press release announcing what it claims is a list of the things that would make us happier at work but which is more of a list of the workplace irritants we could do without and a few things that might make the day go easier.

This kind of thing hardly pushes forward the debate on what makes us happy at work, playing merely to the nonsense that surrounds Blue Monday and other PR constructs. There is an evolving discussion to be had about the role work and workplaces have in our happiness and wellbeing, but it won’t be helped unless we accept the complexity of the issue.