Britain must future proof itself ahead of a decade of disruption, claims report 0 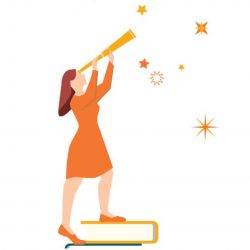 Brexit negotiations will ‘fire the starting gun’ on a decade of change for the UK, claims a new report from think tank the Institute for Public Policy Research (IPPR). The study, Future Proof: Britain in the 2020s, sets out the key challenges it claims will shape the UK in the period up to 2030 and the ‘choices that must be made now if these changes are to lead to a fairer and more equal society’. Among the issues covered in the report are the challenges directly related to Brexit, alongside factors such as an ageing population, other demographic changes, the risk to jobs posed by automation, the shift of the globalised economy towards Asia and the enduring problems associated with wage inequalities and the environment.

The report highlights key facts that will change the way we live in the 2020s:

Mathew Lawrence, IPPR research fellow and report author said: “By 2030, the effects of Brexit combined with a wave of economic, social and technological change will reshape the UK, in often quite radical ways. In the face of this, a politics of nostalgia, institutional conservatism and a rear guard defence of the institutions of 20th century social democracy will be inadequate. For progressives, such a strategy will not be robust enough to mitigate against growing insecurity, ambitious enough to reform Britain’s economic model, nor sufficiently innovative to deliver deeper social and political transformation. They would be left defending sand castles against the tide of history.

“Britain’s progressives should be ambitious, seeking to shape the direction of technological and social change. We must build a ‘high energy’ democracy that accelerates meaningful democratic experimentation at a national, city and local level, and also in the marketplace by increasing everyone’s say over corporate governance, ownership and power.”

The study sets out in detail how five key challenges should be addressed as the UK adapts to change.

A demographic tipping point: As the population grows, the UK is set to age sharply and become increasingly diverse. Globally, the long expansion of the working-age population is set to slow sharply.

An economic world transformed: The economic world order will become more fragile as globalisation evolves, trade patterns shift, and economic power gravitates toward Asia. At the same time, developed economies are likely to struggle to escape conditions of secular stagnation. The institutions governing the global economy are likely to come under intense pressure as the American hegemony that underpinned the postwar international order fades and the Global South rises in economic and geopolitical importance.

Brexit – the aftershock: The economic implications of Brexit are likely to put the country on a lower growth, lower investment trajectory, worsening the public finances, with important consequences for the UK’s economy and living standards. Migration is likely to become more controlled. At the same time, politics – long subservient to a liberalising economic consensus – is likely to become increasingly assertive in seeking to reshape Brexit Britain.

Technological transformation: Exponential improvements in new technologies – computing power, machine learning, artificial intelligence systems, automation, autonomous vehicles, health and resource technologies, and the Internet of Things, among others – are expected to radically transform social and economic life. These changes have the potential to create an era of widespread abundance, or a second machine age that radically concentrates economic power. Which path we take – a future between Star Trek and the Matrix – will depend on the type of politics and institutions we build.

The shock of the Anthropocene: instability in an age of natural systems decay: Climate change, biodiversity degradation, and resource depletion mean we will increasingly run up against the limits of the physical capacity of the Earth’s natural systems to reproduce life as at present. The natural constraints of the Anthropocene age – our new geological era in which humans are the primary shaper of the Earth’s ecology and ecosystems – will force us to build a collective, democratic politics of restraint. The alternative is systemic degradation in ecosystems and rising inequalities in the years ahead.