Brussels to challenge the UK in court on Green Deal VAT 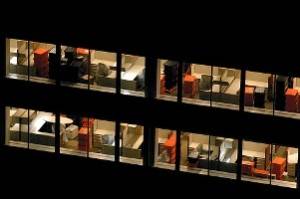 The European Commission has confirmed intends to take the UK Government to court to force the Treasury to impose the full rate of VAT on energy-saving goods which are a key element of the flagship Green Deal energy efficiency scheme. The Green Deal is designed not only to improve the UK’s environmental performance but also boost the economy. The commission issued a statement yesterday confirming it would refer the UK to the EU Court of Justice over the practice of imposing reduced VAT rates on green goods which it claims break EU law and won’t deliver the aims of the government’s flagship Green Deal energy efficiency scheme.

The UK charges a lower rate of VAT (5 per cent compared to 20 per cent) on a range of energy-saving materials as a way of reducing the upfront costs of installing energy-efficient products. The Commission had already ordered the UK to scrap the lower rate last year on the grounds that it failed to comply with the EU’s VAT Directive. However, the UK government has consistently defended the policy arguing that it is central to the aims of the Green Deal programme. The government has also highlighted what it considers the inconsistent approach that allows lower VAT rates on energy but not on materials that help to reduce its consumption.

The commission has now rejected these arguments and has made good on its threat to refer the UK to the EU Court of Justice. It claims that tax breaks are not the best way to boost energy efficiency and achieve the aims of the Green Deal compared to subsidies and that companies that invest in energy efficiency can deduct the VAT anyway.

“The commission is aware that the reduced VAT rate for energy-saving materials has been linked to the UK’s Green Deal to improve the energy efficiency of buildings,” read the statement. “While it supports the objectives of the UK Green Deal, the commission does not believe that breaking EU VAT rules will help in achieving these objectives.”