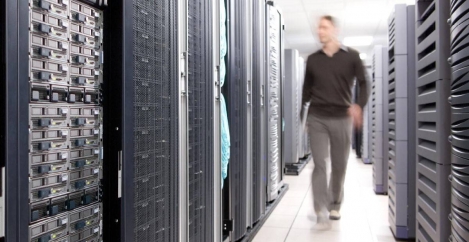 Automation starting to generate productivity gains, but no major job losses yet 0 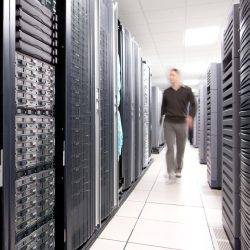 Business process automation is enabling companies to realise significant productivity gains in such areas as finance, accounting and HR, but it is not yet leading to broad job losses, according to a new study from tech research firm Information Services Group (ISG). Beyond automation’s impact on enterprises, the first ISG Automation Index report also claims that IT service providers are extensively introducing automation into their offerings, leading to dramatic improvements in productivity and service levels. This accelerated pace of change is prompting the vast majority of IT and business leaders to say that IT will be the business function most impacted by automation in the next two years.

The report suggests the application of what the report calls Robotic Process Automation (RPA) is enabling enterprises to execute business processes five to ten times faster, with an average of 37 percent fewer resources. Such productivity gains, the report said, are not resulting in job losses, but are enabling companies to redeploy employees to handle higher-value tasks and a greater volume of work.

According to report co-author Stanton Jones, director and principal analyst, ISG Research: “In nearly every scenario we analysed, increased productivity through task automation stands out as the most important change – not job loss. Humans are working alongside software robots, be they virtual agents or engineers, to increase their ability to take more customer calls, resolve more service desk tickets and process more invoices. This improved productivity is seeing important downstream effects: increasing operational speed and scalability, improving compliance and avoiding future costs. Our data indicate these benefits apply to both enterprises and service providers.”

By 2019, the report says, 72 percent of enterprises will be leveraging RPA – either in full production mode or in pilot testing – to reduce costs, improve productivity and quality, increase compliance and compress transaction times. RPA currently is favoured by enterprises because it offers a rapid, low-cost way to automate basic, rules-based business processes without needing to reengineer them.

Productivity improvements vary by service, ranging from 24 percent for user support to 143 percent for network voice devices, according to the report. As productivity improves, costs are declining – with fewer people needed to manage a service, especially in areas where software is replacing hardware. Evaluated against ISG industry benchmarks, double-digit cost reductions are being seen across all major service offerings, with network and email management services showing the sharpest cost reductions, at 64 and 71 percent, respectively.

Although the ISG report did not specifically examine incidence of job loss at service providers, Jones expects automation will eventually lead to workforce reductions among both enterprises and providers. “We are not there yet, because the impact of automation is still very much task-oriented. However, over time, as entire roles become automated, we do expect some job losses, but we also expect automation will create jobs, as market opportunities are addressed more quickly and the cost of production is lowered.”

The report also touched on the future impact of cognitive computing, including machine-learning algorithms that have the ability to identify patterns, trends and probabilities. “The use of cognitive technology is still nascent in most enterprise support functions, but it is only a matter of time before it hits the mainstream,” said Mark Davison, partner and global leader of ISG Robotic Process Automation Services. “Once it does, companies will realize even greater levels of productivity as they build out their digital workforces. This new way of working, which creates a partnership between employees and robots, will become a source of competitive advantage for firms over the next decade.”