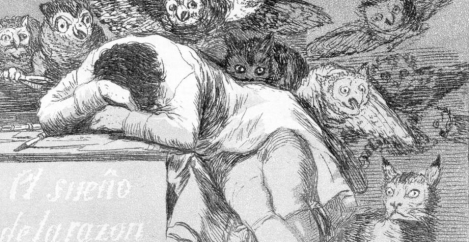 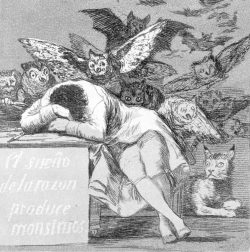 In a 2002 speech, the author Michael Crichton coined the term Gell-Mann Amnesia effect, after the physicist Murray Gell-Mann. He used it to describe a particular phenomenon in which experts in a given field will believe news and opinions in the media, even though they know the same media can be spectacularly unreliable on matters related to their own area of expertise.

“Briefly stated, the Gell-Mann Amnesia effect is as follows,” he said. “You open the newspaper to an article on some subject you know well. In Murray [Gell-Mann]’s case, physics. In mine, showbusiness. You read the article and see the journalist has absolutely no understanding of either the facts or the issues. Often, the article is so wrong it actually presents the story backward—reversing cause and effect. I call these the “wet streets cause rain” stories. Paper’s full of them.

“In any case, you read with exasperation or amusement the multiple errors in a story, and then turn the page to national or international affairs, and read as if the rest of the newspaper was somehow more accurate about Palestine than the baloney you just read. You turn the page, and forget what you know.”

It’s been a tough couple of years for workplace experts who have had their voices drowned out by the din and intensity of each new phase of the not-so Great Workplace Conversation. The most recent is that of Quiet Quitting, although given the way that previous phases have gone, not for long.

It may not be much of a phenomenon at all, according to this recent piece from Gallup. There’s something there but nothing worth the coverage that the idea of quiet quitting is getting, often in media outlets who really should know better.

Some people have started to call it out though. These include … Derek Thompson, who questions what we should really believe about any of these media narratives.

Total employee engagement is higher now than any year between 2000 and 2017. That's not an "epidemic" of "quiet quits" pic.twitter.com/IJUfOPhjjH

… Joey Politano who speculates on the next fad that might replace it.

I sometimes think a decent chunk of the bias comes from the fact that labor prospects within journalism are so dismal that journalists envision most people as dissatisfied with their jobs.

Well that, and the general hunger for a negative story.

… and Anita Lettink who tells it like it is.

This is what happens when media outlets take TikTok too seriously and don’t spend any time understanding the data. A hugely overblown trend that turns out to be a dud. https://t.co/c4nq4zFnZZ

Predictably, these haven’t got the same levels of engagement you would see for the people who peddle bullshit. So it goes. But worth bearing in mind whenever you next read about some workplace ‘trend’ or ‘craze’.