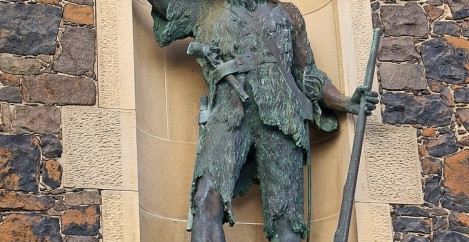 Castaway workers have forgotten the art of small talk, getting dressed and colleagues’ names 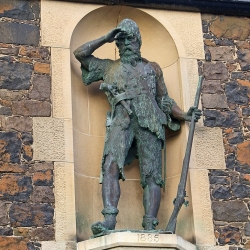 A third of UK workers admit they’ve forgotten the password to their computer, office entrance or locker, one in five workers have forgotten a colleague’s name or called them by the wrong name and say their small talk skills have been impacted by working from home. Those are some of the findings of a new report from Michael Page into the effects of a year and a half of lockdown and workplace disruption.

The poll of 2,000 people also suggests that twenty-seven per cent of workers are used to not getting fully dressed for work, with 19 percent worrying about what to wear when going back to the office. A third of workers also say they are expected to be in the office five days a week.

The survey of UK office workers, who have already been back into the office at least once, highlight just how out of practice workers are when it comes to navigating the world of office work: from socialising with colleagues, to travelling into the office, and shifting those ‘work from home habits’ picked up after months of lockdown.

The first hurdle for workers will be accessing the office and getting set up, with a third (30 percent) admitting to having forgotten the password to either their office computer, office entrance or locker. One in five London-based office workers also revealed they got on either the wrong train or bus, or missed a stop on their way to work. Overall, UK workers cite their commute as one of their key concerns when it comes to returning (20 percent), with this figure rising to 27 percent among Londoners.

The social skills associated with the office have also been a pain point for returning office workers. Twenty-seven per cent said that they felt their small talk skills had been impacted as a result of working from home and 15 percent admitted they’re concerned about having conversations with colleagues in real life. Almost one in five (19 percent) revealed they had forgotten a colleague’s name or called someone by the wrong name on their first trip back to the office post-lockdown, and 17 percent have concerns around getting office etiquette wrong around physical contact.

Being out of ‘office-shape’ could also have an impact on productivity levels in the coming months as the UK looks to ease back into normality. Ahead of returning to the office on a more frequent basis, one in five are concerned that it will lead to distractions, meaning they get less work done. Some early returners have even spent almost an hour (56 minutes) preparing and getting themselves set up at the office – from trying to use new tech to navigating hybrid meetings.

Workers will also need to grapple with how to manage the new habits they’ve picked up during their time working from home. Almost a third of workers said they’d grown used to not getting fully dressed (27 percent), with 19 percent saying they’re concerned about what to wear to the office. There have also been positive takeaways from working from home that people are eager to keep in the new world of work.

Twenty-seven per cent say that they’re concerned that the return to the office will mean they have less time for themselves, and one in five (19 percent) are worried about spending less time with their loved ones. The UK’s pet ownership boom should also be a consideration for workers and their employers, with almost one in 10 admitting they’re worried about not being able to bring their pets into the office.

“Humans are creatures of habit, so it’s unsurprising that eighteen months of working from home has left UK workers feeling daunted by the prospect of returning to a more traditional day at the office,” says psychologist Dr. Linda Papadopoulos. “Anecdotally we know our routines have changed, like getting up later and setting up office from the kitchen table, but these habits run deeper than you may expect. Adjusting to working from home has literally created and strengthened new neural connections, weakening those associated with the commute and office through disuse.”

“The good news is there is still plenty of time to re-train your brain ahead of that first commute. Mass return to the office is expected in September, so workers can use these next few weeks to prepare themselves mentally for their first day back, from planning ahead to setting that alarm half an hour earlier than you think you need. Small steps can make a big impact to your frame of mind come the first of September.”

Image by Jerzy Morkis. The statue of Robinson Crusoe at the birthplace of Alexander Selkirk in lower Largo, Fife.

Labour market confidence surges to nine year high, claims CIPD Working culture for half of employees has deteriorated during the pandemic