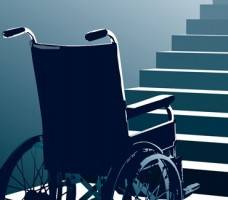 The UK Cabinet Office has published a report in partnership with Disability Rights UK to look at ways the Civil Service can better support the careers of its 27,000 staff with disabilities and health conditions. The report claims that ensuring that disabled employees ‘fulfil their potential makes basic business sense and would significantly enhance the Service’s performance.’ It claims that there has been some progress since the last report on the subject in 1998, but that barriers remain. Nearly 9 percent of civil service employees now claim to have a disability which is more than double the reported rate of 4.1 percent in 1998. The report identifies the underlying challenges and looks to share best practice. It notes that while there is strong commitment to disability equality from senior champions, this has not been translated into line manager action and cultural change.

The barriers that civil servants living with disability and long-term health conditions face include:

The report concludes that programmes require sustained and structured follow-up to recoup the individual and corporate investment made. They are not currently evaluated in terms of their impact on progression over a number of years, and they will only work in conjunction with measures to fix workplace adjustments and address cultural barriers to promotion.

It argues that there are a range of solutions that could help to erode or take down these barriers. These include addressing the conscious and unconscious biases of managers, a greater onus on ensuring that workplace adjustments are widely recognised and implemented, greater availability of flexible working arrangements including job sharing and job carving, the use of job champions and mentors to promote career progression, a challenge to recalcitrant cultural issue including those related to perceived ‘norms’ about employees.