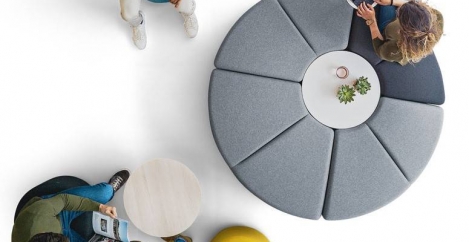 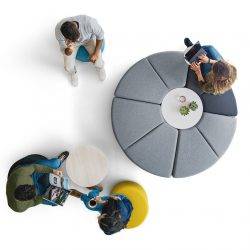 It has always been a characteristic of the 100% Design exhibition that it has segmented along the demarcations of workplace, home, interiors, kitchens and bedrooms. This used to make perfect sense as the same distinctions existed in our lives, reflected in the form and function of the products we allocated to those spaces. This is no longer the case to anywhere like the same extent and consequently, the workplace section of the show is full of products that could make the crossover into a domestic, cafe or hotel setting with not an eyebrow raised. That is not to say that the mainstay products of the workplace – desks, task chairs, storage, screens – are no more. They are still specified in vast numbers. It is just that the interesting aspects of workplace design are to be found in its shared and public spaces. It is here where we witness the convergence that characterises modern working life. We might still talk about work life balance (too much) but there is a growing realisation that the distinction grows more meaningless with each passing year.

In spite of the perennial tedium of getting to Olympia, the organisers claim that around 27,000 people made their way to the show last week, with a combined purchasing clout of over £3.5 billion. They were here to see around 400 firms showcasing their products and ideas. It’s fair to say that the British have always had a love-hate relationship with trade exhibitions but 100% Design always draws a crowd.

So was the workplace section of the show indicative of the most talked about issues in the field of contemporary office design? The answer is not really. While the majority of people in offices still spend their working lives at bench desks sitting on task chairs – a fact reflected in the products on show from Hands, Orangebox, Flokk, Nowy Styl and Century Office – there was little to highlight one of the two most talked about issues in the workplace right now; sit – stand desking.

Fortunately, the other most talked about issue was very well represented, namely the creation of workplaces with zones that reflect the different spaces people need during a typical working day. This was reflected not only in the number of products aimed at creating those spaces, especially soft seating, acoustic and meeting furniture, but also their aesthetic which embodies the overlap between workplace, domestic and hospitality design idioms.

This trend has undoubtedly been accelerated by the growing number of coworking spaces in the UK, which characteristically feature clusters of bench desks with formal meeting rooms and spaces that could be lifted straight out of a coffee shop or hotel lobby.

Perhaps most indicative of this trend was the bloggers lounge sponsored by Arper, which a cynic would claim is the press office, but which actually serves as a reminder that we are constantly engaged in both digital and physical space for pretty much the whole working day. People expect to be able to use their laptops and tablets while enjoying a sit down and a coffee wherever they are, so if you don’t provide it in the office or exhibition hall, they’ll just go to Starbucks instead.

100% Design wasn’t the only design focussed event taking place in that week in September and had to compete for attention with the London Design festival and designjunction, amongst other things. Taking place in the rather more accessible Kings Cross, designjunction had less of a focus on the workplace but did manage to attract some exhibitors from that world. These included Allermuir, Humanscale and Koleksiyon.

Each firm reflected the themes of 100%, including Humanscale who are best known as a designer of ergonomic seating and accessories but who were making their intentions explicit with an approach based on the theme #wheredesignmeets #home focussed on both their task seating and Vessel, an architectural lighting system which the firm says complements a variety of environments.

This typifies the approach the majority of firms in the sector have to both the show and the demands of clients. It may occasionally obscure the reality of working life for millions of people, but the great narrative of the modern workplace is that while work has now escaped the boundaries of the traditional office to colonise our homes and shared spaces, so too have those spaces invaded the places we work. 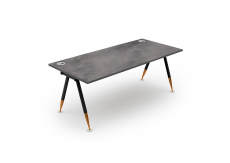 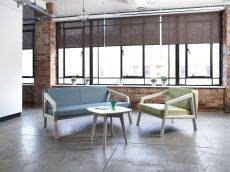 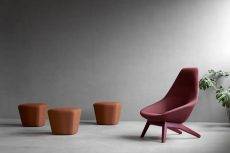 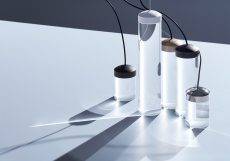 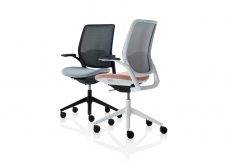 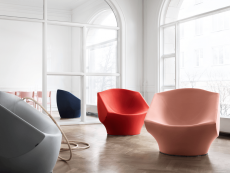 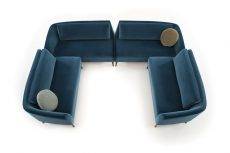 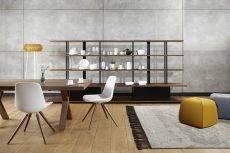