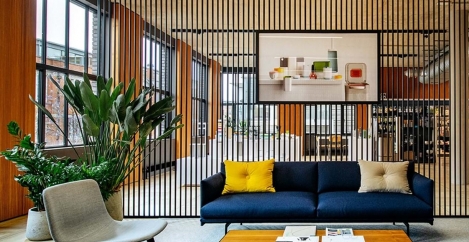 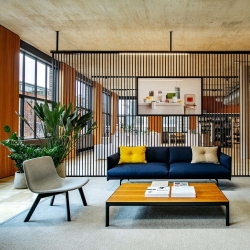 Workplace design is – or should be – inextricably linked to both an organisation’s identity and its culture. The issue of workplace culture, and why it might succeed or fail, has become a matter of a great deal of study as the basis for work has moved on from the scientific management theories of the early to mid-20th Century. This aped the hierarchies, structures and forms of factories. It once prevailed but even now its vestiges remain, often in spite of the decades of research and a changing world of work that show us better ways of getting things done.

Often these are rooted in an organisation’s culture. As Peter Drucker famously said, culture eats strategy for breakfast. By which he didn’t mean to suggest that strategy was unimportant rather that it had to go hand in hand and occasionally take a back seat to the creation of a well-defined, well managed, powerful and empowering culture.

Researchers have set out ways of defining cultures, often by plotting its key characteristics along axes and creating matrices that can help organisations plot their own culture and map out where they’d like to be and what effect this could have on the organisation.

Often these have a direct correlation with the workplace. For example, in their seminal, groundbreaking research looking at the competing dimensions of corporate effectiveness, the researchers Robert Quinn and John Rohrbaugh presented the idea that organisational culture and effectiveness are defined by two primary dimensions that are closely aligned with work processes and space: the degree of structure and place of focus.

Structure works along a continuum from centralised control, order, hierarchy and predictability at one end to more organic processes, flexibility and volatility at the other. While focus defines the attitude of the organisation to its internal processes against its outward looking focus on the market and its place in the world.

If these two cultural dimensions are arranged in a matrix, this yields four main categories of culture: Creative, Controlled, Competitive, and Collaborative that align with some useful definitions of office design which will be explored later. Crucially, these are not definitive ways of categorising a particular organisation, but instead offer a continuum across several dimensions in the same way that offices should never be defined in limited forms.

In our latest white paper Culture and Truth, we explore the much-discussed subject of workplace culture. We investigate the many facets and challenges of the workplace culture concept and what businesses can do to implement it effectively.

Within the white paper, you will learn about the different kinds of working cultures that exist within organisations, the challenges companies face in successfully implementing a workplace culture, the variables linking design to productivity, and how to make workplace culture happen. We also supplement the observations with usable diagrams and examine fascinating earlier studies and theories on the work environment.