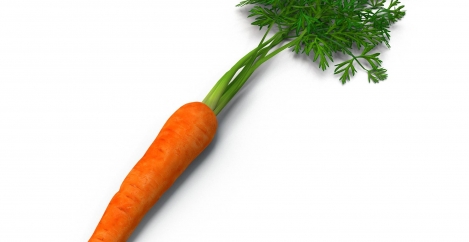 More than any other generation, Millennials see a company’s commitment to responsible business practices as a key factor to their employment decisions:

“Millennials will soon make up 50 percent of the workforce and companies will have to radically evolve their value proposition to attract and retain this socially conscious group,” says Alison DaSilva, executive vice president, CSR Research & Insights, Cone Communications. “Integrating a deeper sense of purpose and responsibility into the work experience will have a clear bottom line return for companies.”

Not only do Millennials want to hear what their employers are doing to be more responsible, they want to be co-creators and facilitators of CSR solutions. This group is the most likely among American generations to want to be directly involved in a company’s CSR efforts:

“For Millennials, it’s not enough to simply work for a company that’s doing good,” says Lisa Manley, executive vice president, CSR Strategy, Cone Communications. “This generation wants to get their hands dirty – providing ideas, suggesting improvements and participating in efforts on the ground. Companies that give Millennials opportunities to get involved will be rewarded with a more engaged and invested workforce.”

This always-on generation feels their work and personal lives are increasingly blended (81 percent), so it’s no surprise they want companies to provide opportunities to make a difference beyond the “9 to 5” work schedule. Millennials are significantly more likely than their older cohorts to view employers as conduits to making an impact both inside and outside the company walls:

“Millennials see where they work as an extension of who they are and what they stand for,” says Manley. “For this generation, it’s important to work for an organization that gives them the opportunities to make a difference in all aspects of their lives, whether that’s in the office or out in their communities.”

Just as Millennials see their jobs as an extension of their personal brands, they expect the volunteerism opportunities provided to them to be just as diverse as they are. Although Millennials still see traditional opportunities like company-wide days of service and corporate-led activities as important, they are more likely to prioritize a range of options that allow them to multi-task during the day, put in sweat-equity after hours or take a sabbatical to fully focus on service. Millennials seek volunteerism activities including:

And Millennials are not naïve in thinking employee engagement opportunities should only be about supporting personal passion points. This generation is nearly twice as likely as their Generation X peers to believe companies should provide opportunities focused on the social and environmental issues most important to the business (40 percent Millennial average vs. 21 percent Generation X average).

When it comes to what inspires Millennials to get involved in CSR activities, Millennials value professional growth and financial gain slightly more than perks or personal recognition. Although making a meaningful difference trumps other motivations (94 percent), Millennials are more likely than the average American to be motivated by self-serving reasons:

Reaching Millennials Where They Are

Millennials seek information about CSR efforts in different ways. Although the average American employee views a company email as the most effective way to be reached with engagement communications, Millennials prefer to learn about opportunities from a senior leader or supervisor (47 percent vs. 38 percent U.S. average), followed by collateral at events or around the office (35 percent vs. 31 percent U.S. average).

Millennials are also most likely to use social media to not only learn about efforts (79 percent vs. 55 percent U.S. average) but also as a way to share the impact they’re making at work with their broader social networks:

“Millennials view social media as a place to curate and share content that reflects their values – and this generation is enthusiastic about showing how their work is making an impact in the world,” says DaSilva. “Companies that arm employees with the tools to make social media sharing as turn-key as possible will create authentic ambassadors for their CSR efforts and build the brand from the inside out.”