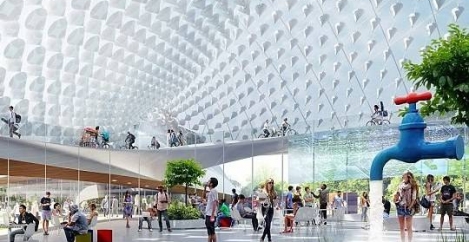 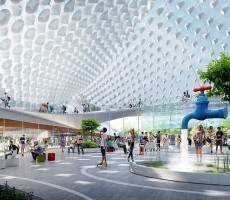 You don’t have to look very far to find somebody or other proclaiming the death of the office. A quick Google search will come up with over 73 million results for the past year alone. This has been going on for decades, but a search engine now gives us a far better idea than the occasional feature in a trade magazine of just how the idea has evolved into a full-blown meme. The narrative has become so entrenched that the people who use it – typically the ignorant, the self-interested, the lazy and the ill-informed – rarely have their premise challenged. Usually it is an idea appended to some disruptive and supposedly apocalyptic trend and, at the moment, office kryptonite comes in the form of coworking, where once it was flexible working or mobile technology. And yet, for all the non-fatal wounds these innovations have inflicted on the traditional office, the idea of people travelling to work alongside each other in shared buildings endures.

There are at least two key facts that counter the narrative of the death of the office. The first is that even the most high tech firms, who have all the technology and right-minded people they need to do away with offices completely, continue to build and occupy them. The most high  profile new offices anywhere in the world tend to be the huge, ostentatious tech palaces being built by the likes of Google (top), Facebook, Apple and LinkedIn.

The second, and more telling, fact is that the construction and property industry can barely keep pace with the demand for offices. In Manchester, for example, there will be no Grade A office space available anywhere in the City this year according to a new report from Colliers International.

If anything, the situation in London is even more pressing. A report published by RICS at the end of 2015 found that the capital is unable to keep up with demand for office space, especially in the tech and financial centres where the big beasts of the City, who once were the only businesses able to afford the rents in certain districts, now have to compete on an equal footing with tech and creative firms. Adding to the pressure on supply is the change in the Permitted Development Rights law that makes it easier for landlords to convert what were once commercial buildings to domestic use. A 2015 report from the BCO found that this had already removed around 6 million sq. ft. of offices from England’s commercial property supply.

So, things are getting pretty brutal as firms compete for whatever space is available. According to RICS, rents are spiralling as a result while another study from IPD suggests that competition is also encouraging occupiers to take on longer leases.

The alternative for firms caught up in this perfect storm does not appear to do without an office but to move somewhere else. Hence the spread of Tech City into neighbouring areas and the ‘Northshoring’ of other firms to Manchester, Leeds, Glasgow and Birmingham. Some firms are even fleeing to the countryside, according to a report published this month by RICS. Some 25 percent of rural land sales are currently for commercial, non-agricultural use as firms seek to find a home away from London and other big cities.

This comment appears in the new issue of Mix Interiors