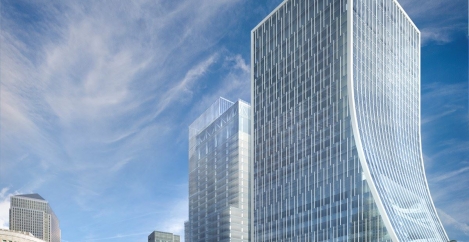 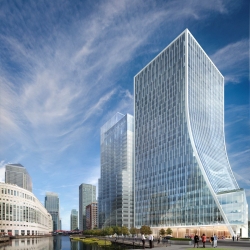 Following sustained levels of leasing activity throughout the year, JLL has calculated that over 10.7m sq ft of office space in central London has been transacted so far in 2019 and with over 3m sq ft currently under offer, has suggested that take-up is on track to total 11.6 m sq ft at year-end – which is ahead of the 11.5m sq ft of space that was leased in 2018.  Both the City and West End commercial property markets are expected to see take-up levels broadly echo last year’s totals.

JLL suggests that the City will see 6.7m sq ft of transactions, slightly ahead of take-up in 2018, and the West End will end the year on 3.9m sq ft, which is similar to the previous year. East London has seen take-up reach 1.1m sq ft to date which is predicted to rise to 1.2m sq ft by the year-end, an increase of 63 percent on 2018 – which is largely attributed to the EBRD deal which signed at 5 Bank Street in Canary Wharf.

JLL claims that over 3.5m sq ft of the commercial property space that has been transacted in 2019 has been leased prior to completion – with these types of deals accounting for 33 percent of all central London transactions. The tightening of the future supply will continue to drive occupier demand with 50 percent of new space being built in the City, due for delivery in 2020, already securing pre-lets and this figure rises to 62 percent in the West End.

Dan Burn, head of City agency at JLL, said: “Occupiers’ long-term commitment to central London is evident in these sustained levels of take-up, particularly where they are committing to space prior to its completion. Pre-leasing has continued to dominate in the City of London with businesses looking even further ahead than we have seen before.  In the face of such a constrained pipeline, we are starting to see active enquiries planning for lease expiries that are five or six years away. As occupiers from all sectors continue to seek new quality space, driven by both lease events and the need for growth, the supply pipeline is set to remain limited as the competition for buildings continues to absorb the speculative space.

“The continued erosion of the speculative pipeline has led to a steady increase in prime rents in the City, which now stand at £75 per sq ft; the rental tone for premium floors and buildings has surpassed £85.00 per sq ft and could soon reach £90.00 per sq ft for the best in class space.”

In 2019 leasing activity hasn’t been dominated by any sector in either the City or West End, both commercial property markets have attracted a broad mix of occupiers and no sector accounted for more than 28 percent in either market. Looking ahead JLL cited that identified demand, which currently totals 9.5m sq ft is skewed slightly towards the professional services and services sectors which account for 26 percent and 23 percent respectively.

Chris Valentine, head of West End agency at JLL, added: “The West End has seen a continued flight to quality this year and occupiers from across the spectrum have been willing to pay premium rents for the best space – particularly when coupled with a proximity to Crossrail. The tech sector has continued to acquire space across London’s West End, but we have also seen increased demand from finance occupiers – who accounted for 20 percent of take-up in 2019 and there is a further 700,000 sq ft of requirements for this sector.”

JLL identified that the space taken by flexible office occupiers across central London is set to reach 2.5m sq ft by the end of 2019, which would represent a rise of 25 percent on the previous year, albeit from a greater number of operators.

Elaine Rossall, head of UK offices research at JLL added: “Flexible space is here to stay and has led to a transformation of traditional office space. Corporates are increasingly leaning on flexible space to drive portfolio optimisation and increased utilisation in the workplace and we expect this to be the main driver of the flex sector going forward. Going into 2020 we could see a slowdown of take-up in Central London from this sector as a result of the consolidation it is undergoing as it evolves to become more competitive.”

Elaine Rossall concluded: “It is evident that the economic and political challenges that have epitomised 2019 have had limited impact on the central London leasing market.  Looking ahead, we expect strong market fundamentals combined with a greater degree of certainty, following the general election result, to lead to further robust levels of activity in 2020.”