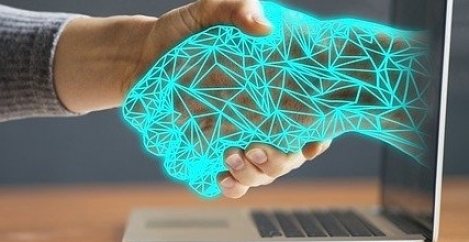 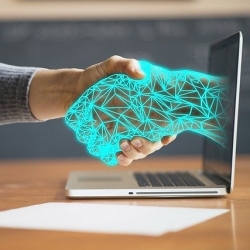 Younger decision makers are increasingly relying on technology such as emails, video conferencing and WhatsApp in negotiations with suppliers, rather than speaking to them face-to-face, new research from Barclaycard Payments has claimed. Despite supplier negotiation being regarded as an ‘art’ by seven in 10, many said it will increasingly be conducted digitally over the next five years (68 percent).

Of the 500 senior procurement decision makers surveyed, nearly twice as many of those aged over 55 said they prefer face-to-face negotiations compared to 18-34-year olds (62 vs. 33 percent). However, regardless of age, the respondents agreed that having access to data and insights during discussions can significantly benefit the outcome: eight in 10 (78 per cent) believe data analytics are increasingly important in supplier talks. This trend looks set to continue, with 66 per cent believing that data analytics will overtake people skills in future supplier negotiations.

Data is ‘crucial’ to success

According to the survey, the newest generation to enter the workforce are already embracing technology, being over twice as likely to use a ‘supplier management portal’ to aid negotiations (24 percent vs. 10 percent). Decision makers aged 18-34 are also a third more likely to believe improved technology, such as supplier management portals and video conferencing, will enhance their negotiation ability (43 percent vs 29 percent of over 55s).

Almost half (46 per cent) of decision makers admit to a lack of confidence when it comes to negotiating face-to-face effectively: 53 per cent for women and 43 per cent for men. Of those who feel they haven’t been able to negotiate effectively overall, the main cause cited was not having access to enough data. However, investment in upskilling employees in this area is a high priority, with businesses planning to spend a fifth more on negotiation training this year compared to 2019.

Almost half (46 per cent) of decision makers admit to a lack of confidence when it comes to negotiating face-to-face effectively: 53 per cent for women and 43 per cent for men.

Commenting on the findings, Paul Fisher, Programme Director of the Oxford Programme on Negotiation at Saïd Business School, University of Oxford, said: “While there will always be a place for frank, face-to-face communication with suppliers, it’s clear that the art of negotiation is evolving as a new generation of decision makers take the helm.

“Ultimately, what’s true across the board is that having accurate, timely and historical data – both internally and from your negotiation counterpart – is absolutely crucial to a mutually successful, high-value outcome.

“Indeed, the report shows that a lack of data could in fact be holding people back from securing the best possible deal. Get your negotiations right and it can have a huge impact on the bottom line and future profitability.”

How to get a better deal

So how can businesses ensure they are getting the best possible deal? Here are Paul Fisher’s tips: