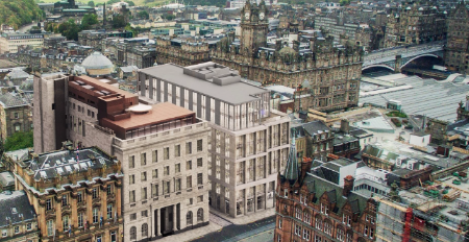 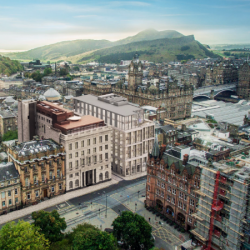 An acute lack of supply in Edinburgh’s city centre will push up office rents to over £35 per sq ft in 2019 according to the latest estimates by Savills, which suggests that rental increases and lack of supply may cause certain organisations to consider opportunities on the city’s western periphery. The latest research from the firm shows office take-up in Edinburgh in 2018 totalled 950,000 sq ft – 18 percent ahead of the 10-year annual average – as the city continues to see robust levels of demand from across a number of key sectors and a continued focus amongst occupiers on the city centre. However, despite strong occupier demand, there was a decline in office take-up in 2018, compared to 2017 (1.04 million sq ft) which the firm attributes to a lack of good quality, city centre office supply. Edinburgh’s city centre office availability has been reducing since 2012 and take-up activity during 2018 has seen the majority of new developments being wholly or partially pre-let. This lack of supply is forcing an increasing number of occupiers to re-gear leases on existing offices against a lack of alternative options.

Office rents in the city are also being impacted by a lack of supply and rising build costs, says Savills, with significant rental growth through-out 2018. The firm’s research shows the top rent in Edinburgh now stands at £35 per sq ft and Savills expects the upward trajectory to continue in 2019.

Mike Irvine, director in the Scottish office agency team at Savills in Edinburgh, comments: “On the one hand we see businesses looking to enter and / or expand within the city centre in order to attract and retain talent, but there are also some occupiers who are less dependent on a city centre location that are starting to look elsewhere in light of rising rents and limited stock.

“As a consequence we are unlikely to see the trend towards rising city centre rents abate in the short to medium term.  Rising build costs are a further contributor to this trend”. Amidst severely restricted supply in the city centre, Savills suggests west Edinburgh may provide a solution for certain office occupiers in the Scottish capital in 2019.

“The firm says the area has seen significant public sector infrastructure investment and now benefits from excellent public transport links with three rail stations, a tram and bus terminus. Savills believes out of town opportunities such as The Stones and One Lochside View on Edinburgh Park offer occupiers considering west Edinburgh good quality office space at a significant discount to the city centre.

Key deals in 2018 include: Baillie Gifford pre-letting 60,000 sq ft at the Mint Building; Law firm Brodies committing to the top three floors at Capital Square alongside Pinsent Mason which signed a pre-let on 25,000 sq ft in the new development; insurance firm Royal London leasing the entirety of 22 Haymarket Yards (47,000 sq ft); and EDF and Burgess Salmon committing to Atria One in Edinburgh’s Exchange business district.