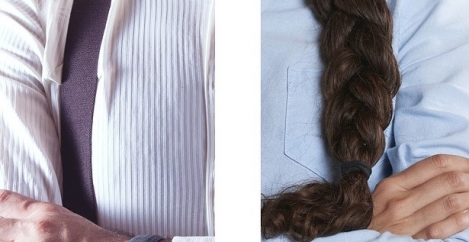 Workers and employers differ on progress towards workplace equality 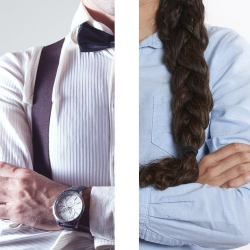 A gap exists between the way leaders and employees view progress toward equality in their organisations, according to new research from Accenture. Closing the gap will yield benefits for companies and their employees. The report, “Getting to Equal 2020: The Hidden Value of Culture Makers,” which includes research across 28 countries, claims that organisations are at an inflection point. Today’s UK workforce cares increasingly about workplace culture and believes it is critical to helping them thrive in the workplace (reported by 80 percent of women and 66 percent of men), and a majority of leaders (62 percent) believe an inclusive workplace culture is vital to the success of their business.

At the same time, there is a perception gap: Nearly three quarters of leaders in the UK (73 percent) feel they create empowering environments where people have a sense of belonging, yet less than a third (29 percent) of employees agree. Additionally, the proportion of employees who do not feel included in their organisations is 15x higher than leaders believe (1 percent vs 15 percent, respectively).

Rebecca Tully, UK Inclusion and Diversity lead at Accenture, said: “It’s positive to see that more companies are focusing on building a culture of equality, but the disparity between how leaders view their progress and first-hand experience of workers on the ground needs to be addressed.”

Narrow the gap and accelerate progress

Aligning leaders’ perceptions with those of their employees would yield significant upsides. Everyone—both women and men—would advance faster, and global profits would increase by US$3.7 trillion.

The research is especially timely for leaders, as employee expectations are only set to increase: It claims that a larger percentage of Gen Z is more concerned with workplace culture than Boomers (79 percent vs. 57 percent, respectively).

Rebecca Tully continued: “Businesses cannot just pay lip service to diversity; it has been a crucial point on the agenda for years so companies need to start driving real change, and fast. Consumers and employees have wised up to companies that don’t walk the talk, meaning that business which doesn’t take steps to transform their workplace culture will see likely see a negative impact on their bottom line in the future.”

The report suggested a small percentage of leaders, ‘Culture Makers’, who are more committed to building equal cultures. These leaders recognise the importance of factors such as pay transparency, family leave and the freedom to be creative in helping employees thrive.

Culture Makers are much more likely to have spoken out on a range of workplace issues, including gender equality (52 percent vs. 35 percent of all leaders) and sexual harassment/discrimination (51 percent vs. 30 percent). They hold themselves accountable, leading organisations that are nearly twice as likely to have publicly announced a target to hire and retain more women.

While just 6 percent of leaders surveyed are Culture Makers, they represent a more gender-balanced group compared to the broader group of leaders surveyed (45 percent women vs 32 percent of all leaders, respectively). Additionally, a full 68 percent of them are Millennials, compared to 59 percent of all leaders. They are more likely to lead organisations where people advance, focus on innovation and remain committed – and their organisations’ profits are nearly three times higher than those of their peers.

Achieving a culture of equality

The report lays out steps to help close perception gaps and drive progress toward a more equal culture that benefits everyone and enables leaders to continuously evolve their strategies to meet changing needs. The research suggests that bold leadership, comprehensive action and an empowering environment are proven anchors for creating a culture of equality:

• Bold Leadership – Leaders must truly believe that culture matters and prioritise it. For example, benchmark progress toward a culture of equality by setting and publishing targets; and reward and recognise leaders and teams on progress. A culture of equality starts at the top.
• Comprehensive Action – Go beyond the data. Leaders should engage in a meaningful, continuous dialogue with employees. Consider face-to-face meetings, focus groups, town halls. Conducting ongoing, real-time conversations with employees helps to capture feedback and empower leadership to quickly drive change.
• Empowering Environment – Encourage and cultivate Culture Makers. Create opportunities for future Culture Makers to opt-in and take on specific culture-related roles within their organisations and find ways to bring leaders and culture-minded employees together to develop specific, actionable solutions.