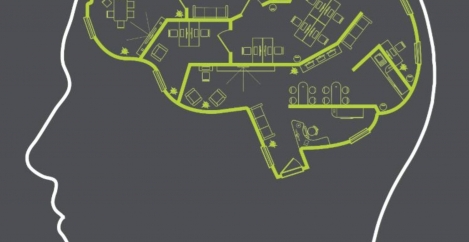 Flexible offices are not just an issue for the next generation 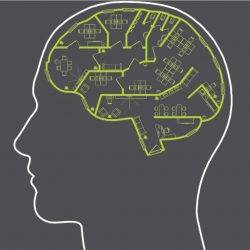 For as long as I have been in the industry, workspace has focused on the “next” generation whether that has been the overly-discussed millennials or Gen-Z.  As it has grown, the market for flexible offices has inevitably followed the same path, but in doing so its providers could have taken their eyes off the ball by lacking focus on the most cash-rich and flexible generation of all – Generation X.

Now this isn’t me looking at demographics and arranging marketing word salad to make a point about the sector.  That is too easy.  But this is a generation that is digitally savvy enough to embrace cloud technology, with big enough personal networks to run their own businesses of consultancies, and with enough disposable income to pay for premium workspace products.

And, more to the point, Gen X will account for over 50 percent of occupiers in the next 10 years as more companies adopt the flex model and workers stay in the work for longer. Shouldn’t this make them the prime target audience for flex space operators, and landlords, for the next five years?

A lot has been written about the impact Baby Boomers and Millennials have on the workforce and the economy in general, whereas Generation X appears to be the ‘middle child’ of the workforce. The oldest Generation X workers still have at least ten working years left before they consider retirement with the youngest of this generation looking at 30+ years in the workplace.

How to cope with an ageing population and the tax imbalance that comes with it has long been at the forefront of policymakers’ decision making. Over the last year, British employment growth has been fuelled by over-50s – particularly women – according to data from the Office of National Statistics.

Office-based employment in the UK has risen by almost 19 percent since 2010 and the rate for the over 65s has risen to from 8.6 percent to 10.9 percent over the past 10 years. The number of people aged 65+ who are choosing to delay their retirement do so not only for financial reasons, but due to job satisfaction, favourable working conditions and the stimulating and sociable work environment.

Based on these numbers, if employment growth continues at its current rate, Instant forecasts an additional 10,100 flexible offices will be needed across the UK by 2030 to absorb demand from the over 50s alone.

Unlike the asset rich Baby Boomers, Gen X and Millennials have suffered from increasing living costs and a squeeze on wages which means more people than ever before will be working well into their 60s and 70s. Insurance giant Aviva reported that that almost two-thirds of over-50s in work were planning to retire later than they expected to a decade ago.

The potential for Flex to Capture Gen X

The over 50s currently account for 32 percent of the total UK earnings and this is expected to increase to 40% by 2040 and if companies are able to maximise the economic power of older workers, this would help sustain economic growth and could add an extra 2 percent to UK GDP by 2040.

In recent years, the image of the flexible office occupier has changed from the young start-up to the global occupier acquiring space to complement their existing office space. Millennials and Gen Z account for the 62 percent of flex take-up compared to 33 percent of Gen X, yet we expect the share of Gen X occupiers to surpass the 50 percent in the next 10 years as more companies adopt the flex model to cope with business expansion.

The flexible office industry has benefitted from the image of the young entrepreneur being able to work out of the high-tech workspace in any global location.

The flex model is built around an easy, sociable environment in which to work, but also the array of workspace options available. Flexible office space will give workers the option to work in a sociable office closer to home, thus cutting commuting time and potentially cutting one stressful aspect of working life.

Furthermore, the number of Gen X employees choosing to work part time will increase according to the International Longevity Centre (ILC). Flexible offices will help complement this growing demographic as they will give home workers the option to embrace the sociable and stimulating office environment, while giving those who need a physical workspace a greater choice of locations and services.

The flexible office industry has benefitted from the image of the young entrepreneur being able to work out of the high-tech workspace in any global location. Yet it is not Millennials who are leading the start-up scene, the average age of an entrepreneur in 40 years old, according to World Economic Forum. Gen X start-ups are used to a fast-paced working environment will embrace the flex office model as they are no longer willing to wait for office contracts and fit-outs to be negotiated, but are looking for a fast turnover of finding a space, moving in and developing their business without any delays.

Barriers preventing people working include unappealing and inaccessible workspaces as well as inflexible working hours, yet the flexible offices industry’s concept is based around connectivity and creating a sociable environment in which to work. If the flex industry is able to cater their spaces across multiple locations and generations, this could add an extra 3-5 years to an employee’s working life. Since it will be a while before Gen X don their slippers and start handing out Werther’s Originals, the flex industry must maximise its appeal to this generation.