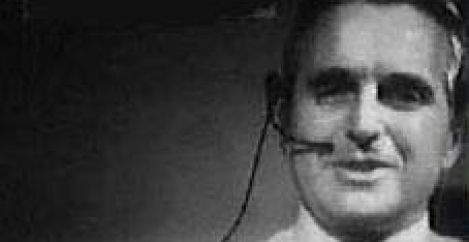 The obituaries of Douglas Engelbart, who died on Tuesday, invariably characterised him as ‘the inventor of the mouse’ which is downplaying the contribution he made to our ability to interact with computers. He had the foresight to see that our relationship with technology would become one of the defining characteristics of modern life and he had it at a time when computers were the size of rooms and programmed using punched cards. He took part in the world’s first videoconference and developed ideas for early incarnations of word processors, the internet and email. He made no money from the mouse, the rights for which were sold to Apple for $40,000 in 1983 and the patent for which ran out in 1987. He was honoured in his lifetime however, winning the Lemelson-MIT prize in 1997 and a National Medal of Technology for ‘creating the foundations of personal computing’ in 2000.

While the mouse appears to be about our physical interaction with the computer, and indeed is one of the most pressing concerns for ergonomists, Engelbart was actually more concerned with developing ways for groups of people to use computers to share information and ideas. His thoughts on how intellectualised workers would apply technology while sitting at what he called ‘working stations’ are strikingly contemporary but at the time he expressed them went against the grain in a world in which computers were mere number crunching machines. Indeed, for a time Engelbart became a marginal figure as interest waned in his ideas, only for him to achieve the recognition his work and ideas deserved over the last twenty five years as the internet transformed our working lives.