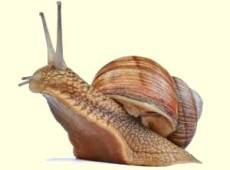 A new report from the National Audit office claims that the much vaunted roll out of superfast broadband to 90 percent of UK households is now two years behind schedule. The programme, seen as vital for the uptake of flexible working in rural areas, is now scheduled for completion in March 2017, around 22 months later than planned.  The reasons identified by the NAO for the delays include six months awaiting EU approval along with a range of issues with the procurement of services including those related to the three key principles established to ensure the cost-effectiveness of the programme: the competitive framework; cost transparency; and the terms of supplier contracts. The NAO report claims that of these only the final principle is still functioning. BT is now the only bidder to provide services as others withdrew and it has failed to be sufficiently transparent about its costs.

The Department of Culture, Media & Sport (DCMS) which is overseeing the process has conceded that these key principles cannot work in isolation, the NAO claims that the focus will now shift towards effective control of contracts. Amyas Morse, head of the National Audit Office, said in a statement: ‘The rural broadband project is moving forward late and without the benefit of strong competition to protect public value. For this we will have to rely on the department’s active use of the controls it has negotiated and strong supervision by Ofcom.’

In a response to the report, DCMS said: ‘We agree that effective enforcement of the contracts is important and are working with local authorities to ensure this. As the NAO report makes clear, the project’s funding model greatly reduced the cost and financial risk to the taxpayer.’