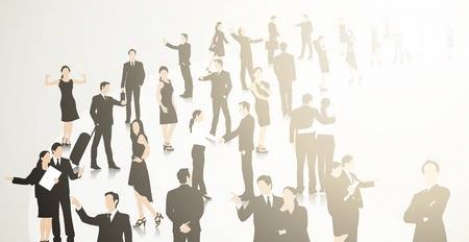 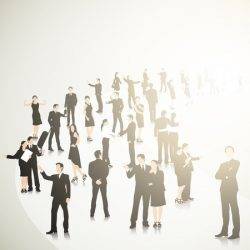 Employers and workers are both driving the creation of a temporary, independent workforce, but despite the benefits, there are some significant management challenges, claims two new EY surveys focusing on the gig economy. Among large organisations (100,000 employees or more) surveyed, 49 percent said they increased their use of gig workers in the last five years and 40 percent of organisations expect to increase their use of contingent workers in the next five years. One quarter expect 30 percent or more of their workforce to be contingent workers by 2020. On the employee side, the research shows more people are choosing to do contingent work; 73 percent of the 1,008 short-term contingent workers surveyed had positive reasons for their independent work arrangement, with only 20 percent saying they were short-term workers due to a lack of suitable full-time positions. Sixty-six percent believe the benefits of contingent working outweigh the downsides always or most of the time compared to just 6 percent who believe the opposite.

“It is well known that the Gig Economy is growing, but ever since the recession, many people assumed that employers just wanted to cut costs by reducing the number of full-time, permanent jobs,” said Tony Steadman, Principal, People Advisory Services, Ernst & Young LLP. “However, the survey responses suggest that organizations are welcoming gig workers as a part of their growth and change management strategies. This Gig Economy looks very different than the traditional picture of seasonal workers or workers who provide common services to consumers.”

Aside from cost control and filling temporary gaps, today’s employers report using short-term contingent workers for strategic business reasons, particularly to leverage skills and capabilities that were not a part of the core workforce.

BENEFIT OF GIG WORKERS TO EMPLOYERS

“Cost management will always be a part of business management, but the dynamic use of contingent workers can help drive and accelerate change in this constantly transforming business environment,” said Steadman. “It can also support fast paced scale-ups in business models where dramatic growth can occur overnight. But many organisations still need to address the best management techniques for this non-traditional workforce.”

Organisations admit to managing the contingent workforce with less alacrity than full-time employees. Among employers:

Among workers, 73 percent choose gig work for their own reasons based on the perceived benefits, led by flexibility, working from home and control.

“Though only 15 percent of worker respondents disagreed that contingent workers get a fair deal, some common complaints could be handled by a new approach to talent management,” said Steadman.

“When talent feels unengaged or like they are treated poorly, that’s a management issue more than an intrinsic element of contingent work,” said Steadman. “A haphazard process toward people management may affect attitudes and impact the organisation’s ability to structure its workforce effectively. It’s critical for employers to develop better methods of managing their increasingly contingent workforce and to consider some of the key HR processes and analytics that can have a negative effect on what could ideally be a mutually beneficial relationship.”

Other concerns are inherent in the structure of their work arrangement. The lack of benefits is a key concern, with 68 percent of contingent workers indicating that they would like more options on health care and pensions. Most gig workers worry about the lack of paid vacation, or sick or personal leave (noted by 63 percent). They are also concerned about job uncertainty and the lack of job security (48 percent).