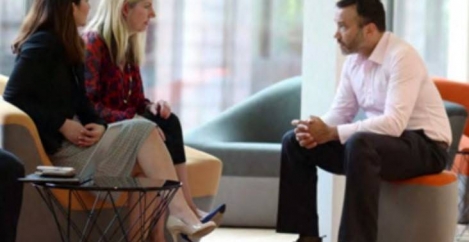 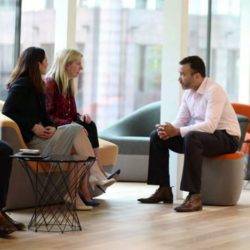 Anyone who works in employment law or HR is certainly living through interesting times. With the removal of employment tribunal fees, litigation over the correct calculation of holiday pay and Brexit planning there is much to keep us busy. In addition, In addition, the impending GDPR is highly topical.  However, for me, the most intellectually stimulating but also practically difficult area to advise on often remains employment status. Put simply, the law is out of date. Legislation drafted in the 1990s, and to some extent based on cases from much earlier, simply does not cut it in an increasingly flexible and developing work place.

The raft of ongoing litigation involving market disruptors such as Uber, Deliveroo and others operating in the gig economy is clearly at the sharp end of this and grabs the headlines. However, there are many smaller start up and scale up businesses grappling with the same issues. For them, getting the status of those they engage with wrong can often be business critical.  Indeed, even those businesses who still work within traditional employment models are increasingly finding individuals wanting to engage in different, flexible, remote or piecemeal ways that can make determining status increasingly difficult.

As a result, trying to apply outdated employment law to these scenarios tends to result in a lack of certainty, and therefore risks a deliberate manipulation of how both parties might actually want or even need to operate to ensure the relationship falls into the right category of employee, worker or self-employed contractor. A lack of certainty is obviously not good for anyone, including us as advisors, and changing a mode of operating significantly to ensure a certain categorisation may not maximise competitive advantage.

Of course, all the case law developments and clarifications since 1996 help, but quite rightly judges are often keen to limit decisions to their particular facts meaning the outcome is sometimes of limited value in practice. In addition, by the time the cases get to higher appeal stages often a year or more has elapsed, by which time the market has moved on.

Unfortunately, my overriding feeling is that the situation will probably get worse before it gets better. A feeling that was only reinforced following the government fanfare in early February. You may well recall that with great aplomb an overhaul of employment rights for workers, including those in the gig economy, was promised in response to the previous July’s Taylor Review into modern working practices.

However, for me, the positive message they were trying to portray with that announcement was missing two key ingredients. Real substance on this crucial issue of employment status in the modern world but also some tangible details on the other areas covered. Instead, it boiled down to the fact we are getting more consultation with employment status forming one of four areas to be considered and consulted on further. The other three being increased transparency in the labour market, agency workers and enforcement of employment rights. If I am honest I feel like the curtain was whipped back to reveal an empty stage.

Of course, I am hopeful that these consultations will eventually produce tangible results, but the ongoing litigation shows we need laws that are fit for modern purposes now. At least this would hopefully bring the much-needed clarity and certainty, which in turn should solve many of the other problems the government is busy sticking plasters to. These include the commitment to stricter enforcement of holiday and sick pay rights for workers, the right to demand a payslip or punishment of employers that do not pay tribunal awards.

I am not suggesting that these commitments are not welcome. However, they are really curing the symptom not the disease. If we make it easier to determine the correct employment status enforcement becomes easier and any excuses harder to defend.

Employment has changed and continues to change, but our laws remain rooted in the past. While this is the case it is difficult for all parties, except those who see the situation as an opportunity and seek to exploit it. Instead, if we had clear categories of status that engager, individual and advisor could all easily fit a relationship into, at least we have clarity and therefore offenders are easier to spot and address. It also then becomes easier for HMRC to tax them appropriately.

To cut the government some slack I must also qualify this by conceding it is very easy to sit on the side lines and snipe that the current law needs to change, and much harder to produce the clear legislation and guidance needed. Especially when other small matters like Brexit need to be worked through. However, change is long overdue. If we want our economy to stay competitive we must have a workplace that enables this and certainty over employment status is one of the key issues. In fact, we may even be reaching a point where an imperfect but clear and easy to apply system is better than the opaque one we currently have.

Leon Deakin is Partner & Head of Employment at Coffin Mew

Productivity, retention and employee wellbeing improve when there is workplace trust UK progress on opportunities for women in the workplace slows