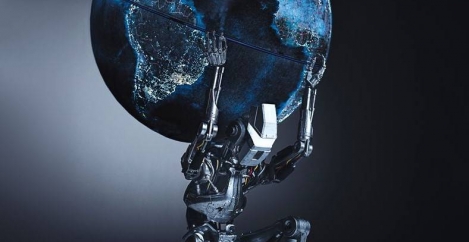 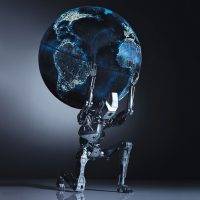 One of the explanations for both Brexit and the once implausible idea of an obvious demagogue like Donald Trump assuming the world’s highest office is that we now live in a post rational world. In plain parlance this was best summarised by Michael Gove’s proclamation during the Brexit debate that we have all had enough of experts, but a growing number of intellectuals are starting to question whether we are seeing the roll back of the Enlightenment. The suggestion is, that in a world awash with information, we are retreating to a more visceral worldview. If the facts don’t fit with the way we feel, then they just have to go. While rationalists continue to invoke the ideals of Descartes, Locke, Hume, Paine, Voltaire and Spinoza, they are often doing so in a self-imposed echo chamber and so are genuinely horrified to find that there is an outside world that has little time for Reason with a capital R. This explains all you need to know about the post Brexit meltdown.

This demarcation has a polarising effect on the way people see things, exacerbated by the belligerence of what often passes for debate on the Internet. There is a growing acknowledgement that you cannot convince a certain mass of people of anything with facts and nuance. You have to tap into their emotions and bundle the message up into a neat package, preferably one that follows the three word sloganeering that people have learned to associate with Nike, McDonald’s, Coke and Tesco. Hence the reason ‘Build A Wall’ carries such weight in the American presidential debate, if only among idiots.

This may sound patronising but only because it is. We also have to acknowledge that we all carry the weight of our own confirmation bias, cognitive dissonance and fallacious or presuppositional arguments. This applies in all walks of life and, in some cases, everybody can fall for the same false assumptions regardless of how rational they think they are.

We are about to see the consequences of one of these assumptions in the workplace and society. We pretty much all assume both that technology develops in linear ways and that we sit at the top of an evolutionary tree. These two assumptions and their combined inferences are about to be challenged by the advent of a new era of robotics and artificial intelligence. We are no longer in the era of Moore’s Law in which technology just became faster and more powerful at a regularly accelerating pace that was defined by our own attempts at miniaturisation. We are about to enter a new era in which technology will improve itself in a positive feedback loop that will see the advent of super-intelligent devices that, according to the neuropsychologist Sam Harris, will be able to process the equivalent of 20,000 years of human thought every week.

We need to be prepared for this because the robots we are about to encounter are neither the easily manipulated slaves of Isaac Asimov’s stories nor the Promethean toys-gone-bad of Bladerunner and Westworld. They will be something else entirely and we need to start planning now for how we make sure that our drives and needs are compatible with theirs and how we fit into this new world. It does not mean we will become obsolete, just that we will need to find a new place and a new way of doing things and we need to do so quickly and rationally.