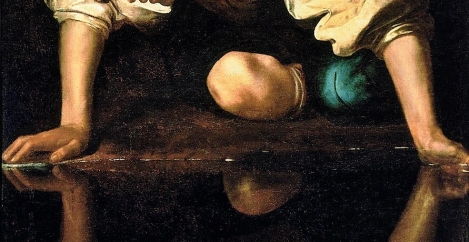 Every workplace innovation contains the seeds of its opposite 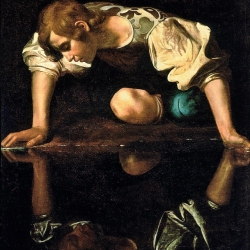 The announcement by Apple that it wanted its employees to work in an office for three days a week sparked the usual, tedious pile-on about how many days people should spend in a physical workplace each week. This included the columnist at Grazia who joins the tens of millions of people around the world who not only know where Apple is going wrong, but also how to run every other organisation in the world and what’s best for everybody who works for them.

Whichever unnecessary and immovable view people take on this kind of thing, there’s always plenty of evidence they can fling at the other side. After two and a half years, the Gish gallop of competing claims is now more of a marathon, fed by specious op-eds masquerading as the final word. Disappointingly, you won’t only find these in lifestyle magazines but also the once serious business press.

You’d expect it from Inc. but the likes of Fortune aren’t immune, as this piece demonstrates, with its silly headline about a war between employer and employee. “Love it or hate it, remote work is the way of the future”, it proclaims. Like ‘hybrid working is here to stay’, the slamming door of last-word bombast rather than the dropped mike it thinks it is.

To be fair, the information that follows presents a more interesting and nuanced version of the issues, helped by the fact it leans heavily on the work of Nick Bloom and his colleagues, some of the people genuinely worth heeding on the present and future of work. If you don’t already subscribe to their regular updates, you should.

What they get right is that things aren’t always easy to pin down. For example, their work shows that what people most hate about traditional work and the workplace is the journey it takes to get to it. We’ve always known this, but what this means in practice, according to Bloom, is that those people who work in the centre of large cities see things rather differently to those who don’t. Organisations and people in smaller towns don’t use the same equations as those in major cities, and so make different decisions. Take away the commute and the office looks different.

“More than two years into the pandemic, American corporate workplaces have splintered. Some are nearly as full as they were before Covid-19 struck; others sit abandoned, printers switched off and Keurig cups collecting dust. Workers in America’s midsize and small cities have returned to the office in far greater numbers than those in the biggest U.S. cities. Some executives in large cities are hoping they’ll catch up, though they’ve been impeded by safety and health concerns about mass transit commutes, as well as competitive job markets where employees are more likely to call the shots.

“In small cities — those with populations under 300,000 — the share of paid, full days worked from home dropped to 27 percent this spring from around 42 percent in October 2020. In the 10 largest U.S. cities, days worked from home shifted to roughly 38 percent from 50 percent in that same period, according to a team of researchers at Stanford and other institutions led by the economists Steven Davis, Nick Bloom and Jose Maria Barrero.”

The reason why the two tedious factions can dominate the home v office debate is that they always find something to support their claims, often within the same data. One day we are told that the office market is booming, the next that the market is facing a triple whammy. (For what it’s worth, I think the latter is probably far closer to the reality of what is happening, but there are layers and lumps to this.)

Every innovation, however wonderful, contains its own opposite

These tend to manifest in strange ways, as the factions latch on to specific facets of the issues. So, the summer has been dominated by talk of ‘quiet quitting’ which doesn’t involve quitting and some people haven’t been anywhere near quiet enough on the subject. In reality, this is the old issue of disengaged workers doing the minimum they need to, while giving off an air of busyness. It’s not new. It’s The Great Relabelling.

I was taken by this piece in The Register from Mark Pesce on how this plays out in tech world.

“If we’ve learned anything over the last four decades, it’s that every innovation, however wonderful, contains its own opposite. The splendor of “knowledge at your fingertips” laid the foundations for a planetary-scale “ignorance amplifier”. Massive human hyperconnectivity across social networks reawakened and accelerated our tendency to form tribes. Our drawing together begins to look more like our coming apart. Advances in artificial intelligence mean that the surveillance state can scale without human staffing – or human oversight.

We never seem to grasp that our strengths inevitably transform into weaknesses. A touch of humility could go far to help us avoid tragedy as we navigate the next forty years. Where we can admit that we do not know, there we can find some space to think, to feel, and to breathe.”