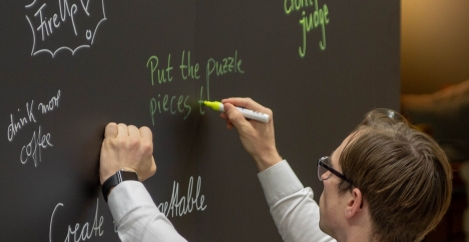 Exploring life at the new Siemens Campus in Zug 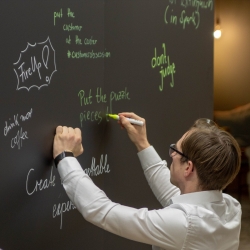 When it comes to creating an office to call home, all of the usual challenges are magnified by several degrees for a company like Siemens. It can’t afford to skimp on the building’s services, green credentials, integrated technology and all-round smartness then hold meaningful conversations on the same subjects with its clients. So, the new Siemens Campus in the Swiss town of Zug has to showcase the best the firm has to offer as well as delivering for the people who work there.

The investment of CHF 250 million at the site has delivered a new headquarters for the Siemens Building Technologies (BT) Division, which has 29,000 employees worldwide which incorporates both offices and a new production facility.

Construction of the office and production buildings began in May 2016 and pioneered the use Building Information Modelling (BIM) for design and construction. This involved the creation of a digital twin, essentially a 3D model of the building, which ensures that the ongoing management of the building is accounted for completely in its design.

The campus’s attention to its green credentials is evident in the way it pipes water from nearby Lake Zug to heat and cool the offices. Toilets flush with water gathered on the grass covered roof which also incorporates a photovoltaic system to ensure the use of fossil fuels is not necessary for the energy consumption of the building. Material used in the construction are locally sourced, which in this case means from no more than 800 km away.

The main building at the campus is a seven storey, 184,000 sq. m. office space which sits alongside the three-storey production facility. The offices are designed around an activity based working model allowing people to choose the best place for whatever it is they are doing or the people with whom they’d like to work. 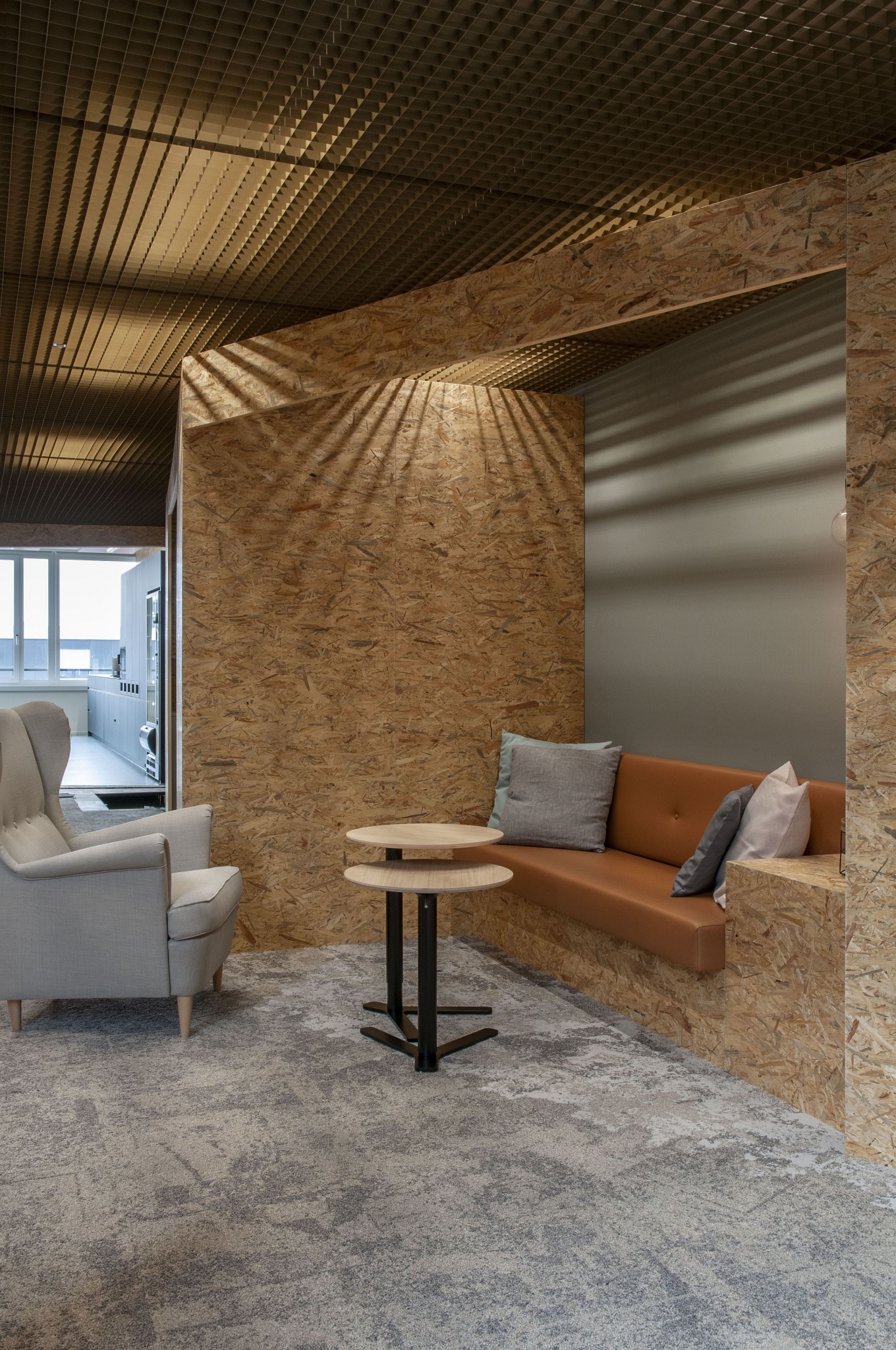 This same element of agility and personalisation is also apparent in the use of a workplace app called Comfy which was acquired by Siemens from its original developers Building Robotics in 2018. The app allows employees to adjust temperature and lighting as well as book rooms for meetings and identify empty spaces which they can use. It also allows them to report issues directly to the facilities management team.

One floor of the building is given over to the innovation team in a space called – appropriately enough – Spark, which contrasts aesthetically with the more corporate style in the rest of the building. Spark is evidently modelled on the stripped back feel of coworking spaces, with its exposed services. bare chipboard (even used to create the now ubiquitous amphitheatre in such buildings), table tennis table, cafes, booths, project rooms and dynamic layouts of decidedly uncorporate office furniture.

It is led by Innovation Manager Franziska Dolak who says that “Spark is all about driving innovation and driving transformation for us as a smart infrastructure operating company. That means we wanted to create a space that is super inspiring, flexible and collaborative that allows us and our customers to build our future together.

“Here at Spark we wanted to make sure we offer various types of environments for teams to be creative, just hangout, relax, take a step back and gain new inspirations. We do buildings and beer, knowledge sharing sessions, culture cinema, even a fail night to really address how we deal with failure and learn from it and grow not only as an organization but as individuals as well. But we also said we want to make sure we could use the space as a testing field to visualise customer and future customer experiences early.”

One of the interesting ideas that has been introduced to the space is that when people book one of the seven project rooms for a period of time, they are first met by an empty space to force them to think about what it is they want from the space and how it should be configured to get the best results. People then choose how they want to use vertical space, the types of furniture they would prefer – inevitably including standing desks – and how information should be exchanged between people.

As in the rest of the building, the space is packed with embedded sensors which are integrated with the building’s light fixtures with which they share power and include a Bluetooth beacon, infrared cameras to track the movement of people and other technology that allows them to monitor space use, light levels, temperature and so on.

Siemens claims that the use of smart sensors in an integrated network of this sort can lead to a reduction in energy consumption of over a third in buildings of this type by adjusting energy usage intelligently based on occupancy levels and space use. Similarly, the sensors can adjust light levels based on natural light levels to reduce energy consumption even further. 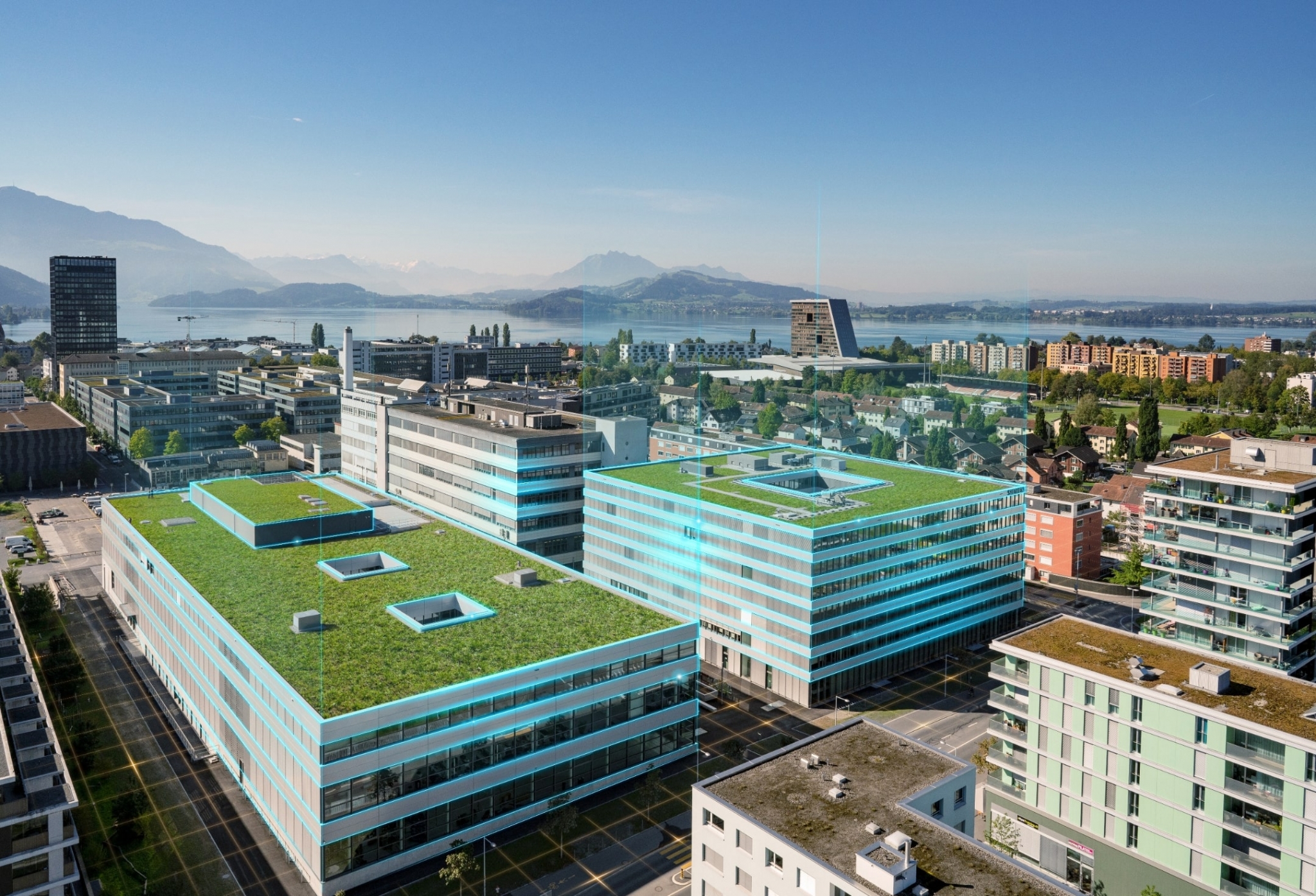 Although there is some criticism of the use of such technology in the ways that it measures how people behave in a building, the general manager of the campus Christoph Leitgeb says that the important thing is to engage people so that they understand the benefits that such systems bring, both to themselves and the organisation and society.

He extends the same thinking to the benefits of BIM which can manifest in the overall performance of the building as well as people’s day to day experiences of it.

“For Siemens, digitization is the key to maintaining its success in the future,” he says. “That’s why we wanted to use the latest technology here. This is the first showcase from Siemens Real Estate for the way we can plan with BIM. Thanks to BIM, digitization is now also being used in the construction industry.”

But what makes the building truly smart as an experience for its users are the 12,000 connected data points spread throughout the campus. In total, 6,500 data points are connected in the office building, with a further 5,500 in the factory.

“These data points can tell us what temperature a room is, if there is a wiring fault or if there is a blockage in the air conditioning,” says Christoph Leitgeb. “They also allow users to interact with the building, to set the temperature of their workplace and to adjust the lighting. It allows us to quantify things that used to be intangible. A smart building is flexible, it learns from previous interactions and it continually adapts to the needs of building users, actively contributing to their success.”

The generation of data is currently anonymised as a way for managers to make decisions about the way the building functions, and the use of Bluetooth and the Comfy app uses smartphones to gather information. Siemens and its workers are currently discussing how this works and the protections involved. It’s a conversation about privacy and data that parallels that being held in wider society.

The Siemens Campus is defined by its contrasts.

The Siemens Campus is defined by its contrasts. On the face of it a perfectly decent if unexceptional office building, but one that holds thousands of little secrets and one big secret about the integration of physical and digital space and how we are adapting to it.

Siemens is driving this conversation in the new campus as well as in other projects such as Siemensstadt in Berlin which has been around since the 19th Century but is now pioneering smart city technology for the 21st.

It is also involved with the €30 million Triangulum project which since its inception in 2015, has followed three ‘Lighthouse’ cities: Manchester, Eindhoven and Stavanger as each implemented and tested smart solutions to create sustainable urban environments.

In the UK, Manchester looked at the key issues of ICT, mobility and energy. Manchester City Council, The University of Manchester and Manchester Metropolitan University – partnered with Siemens as the technical partner to investigate how to balance energy consumption and demand, reduce costs and carbon emissions and increase the use of renewable energy.
Siemens has been working with Manchester Met University on a 400kWh lithium-ion battery, installed at the University Birley Campus which integrates with new solar panels also installed on the roof as part of the project.

The findings from the Manchester pilot will be used to develop smart city quarters in other cities around the world. With 68 percent of the world population projected to live in urban areas by 2050 according to the UN devising sustainable urbanisation solutions will be key to managing future growth and development.

What such projects have in common is a series of laudable goals to improve people’s lives and the environment at the same time navigating the creation of a new era in which technology is embedded in the things that surround us. We are all going to have to adjust.

This article is taken from the latest issue of IN Magazine. To ensure you get future issues please subscribe using the form below.

Average worker does nearly £7,000 worth of unpaid overtime a year Managers need more hugs and fewer squeezes at work