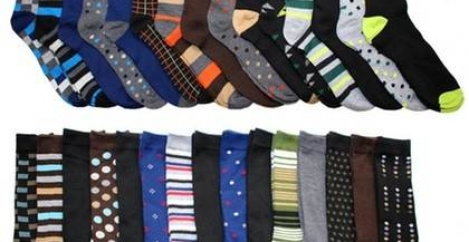 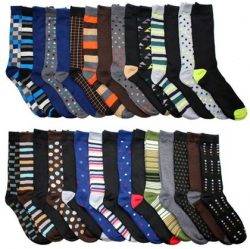 Father’s Day – a day when fathers up and down the UK are supposed to feel valued – whether it’s hand print cards from their 2-year old, a pair of socks from their teenager or BBQ accessories from their fully-grown son or daughter. Fathers looking to the government for an offering will be disappointed. Its response to the Women & Equalities Select Committee’s excellent recommendations on fathers and the workplace is the equivalent of a nicely wrapped box with very little in it. For self-employed fathers, the box appears to be empty.

We usually think of the self-employed as entrepreneurs running their own business, with no need for any legal protections to treat themselves fairly.  But as we all know, self-employment is increasingly being imposed on workers because it’s cheaper; and the self-employed – particularly fathers – have very few rights.  They aren’t even entitled to paternity pay, let alone shared parental leave, which aims to give fathers more time caring for their child in the first year.

Another example of their lack of entitlement is antenatal appointments. Self-employed fathers have no right to time off to attend; and whilst the government refers to being refused time off to attend as “unacceptable” it believes the current position “strikes the right balance”. It may; but it must be very difficult for self-employed fathers without these rights to feel like anything more than a ‘nice to-do’.

The government’s response to the Committee’s recommendations around self-employed fathers have – like most of the recommendations – been kicked into the long grass. And whilst both the tax and national insurance system, and the employment status framework, encourages rogue employers to ‘game the system’, it’s difficult to see how this will improve.  There’s no sign of a government plan to make taking time off after the birth a more realistic option for self-employed fathers.

Speaking of realistic options, there’s a wealth of evidence that properly paid leave is more likely to be taken up.  Just this week the TUC has highlighted the numbers of fathers that miss out on paternity pay because they haven’t been with their employer long enough (41,000 over the last year). But the government has ducked recommendations to increase statutory paternity pay and make paternity leave and pay a day one right.

Going further, Working Families has long called for properly paid, standalone ‘use it or lose it’ paternity leave for fathers, alongside the fledgling shared parental leave scheme.  We believe this offers parents maximum choice in how they share care of their children; and makes it more likely fathers will take time off in that crucial first year. The Committee agrees – but it’s clear from the government’s response is that this is extremely unlikely in the foreseeable.

It seems this is mostly because the government really wants shared parental leave to work. So do we. That’s why it’s difficult to understand why the government doesn’t accept Tracy Brabin MP’s Private Members Bill calling for the scheme to be extended to the self-employed. We’re hoping their review of Shared Parental Leave (SPL) next year picks up on the simple reforms needed to increase take-up (we’d add making it a day one right to Tracy’s calls).

Of course, like the SPL review, there is work being done in the areas the Committee covered – around employment status (we’re calling for a level playing field on employment rights – being able to balance work and caring for your child shouldn’t be a ‘luxury’ granted only to employees); and flexible working, for example.  The latter being more widespread and embedded is crucial to fathers being able to share care of their children in the longer term; and to parents generally not being forced into low-paid and insecure work because it’s the only way they can secure ‘flexibility’.  We’re looking forward to the government’s next steps on both.

So, why does all this matter? We believe many of the Committee’s recommendations – particularly around a properly paid period of time off for fathers in their child’s first year – would go a long way toward tackling the UK’s stubborn gender pay gap. Research suggests it will take a generation to close – so what appears to be a constant delay in acting on this (the government has ignored this recommendation before) is surely a false economy.

Most importantly to Working Families, our research shows that fathers want to share care of their children; and that worryingly they, as well as mothers, are stalling their careers or downshifting at work to claw back more time at home – a ‘parenthood penalty’ affecting not just parents themselves but UK PLC.  The government’s recalcitrance around an offer for fathers this Father’s Day may well, in the long term, turn out to be a self-inflicted wound.

Julia Waltham is Head of Policy and Communications  at Working Families