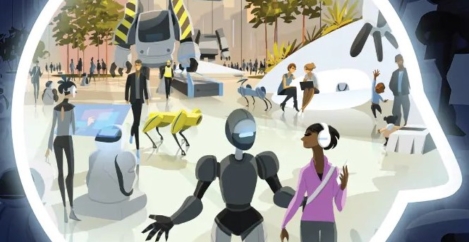 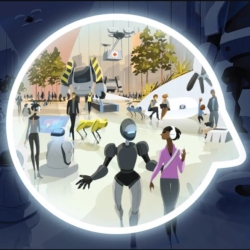 Organisations should build on the lessons they have learned about themselves and their employees during the pandemic and embed them into their work culture. That is the main claim of the tenth annual Global Human Capital Trends report from Deloitte.

In The social enterprise at work: Paradox as a path forward, Deloitte sets out to examine ways to “create a level of sustainability by finding the intersection between humans and technology and defining the core attributes that need to be embedded in the organisation to create and sustain that integration”. The authors claim that the survey of 55,000 business leaders over 10 years makes this the largest longitudinal study of its kind.

The report’s authors draw six key conclusions from the study.

Social enterprise at work and bringing purpose to the forefront

In just a few short years, the concept of the social enterprise has evolved from an intriguing new concept into a concrete business reality. This year’s report focuses on how the social enterprise can find the integration between technology and humanity at a time when humanity is in the spotlight as a result of the COVID-19 pandemic. This integration will enable lasting value and provide workers with an increased sense of belonging and wellbeing. In fact, almost half of this year’s respondents categorised their organisation’s purpose as broadening extensively to include all stakeholders, including the communities they serve and society at large.

Based on the research, the three characteristics that need to be embedded into a social enterprise’s DNA and work culture to help them prepare for the future are: purpose (deepening the mission and values connection amongst teams, individuals and the work itself), potential (tapping into workers’ capability to contribute in new ways) and perspective (making bold decisions at a time of persistent change). Each requires significant shifts in workforce strategies and programs but offers a clear path that organisations can follow to enable them to recover and thrive. 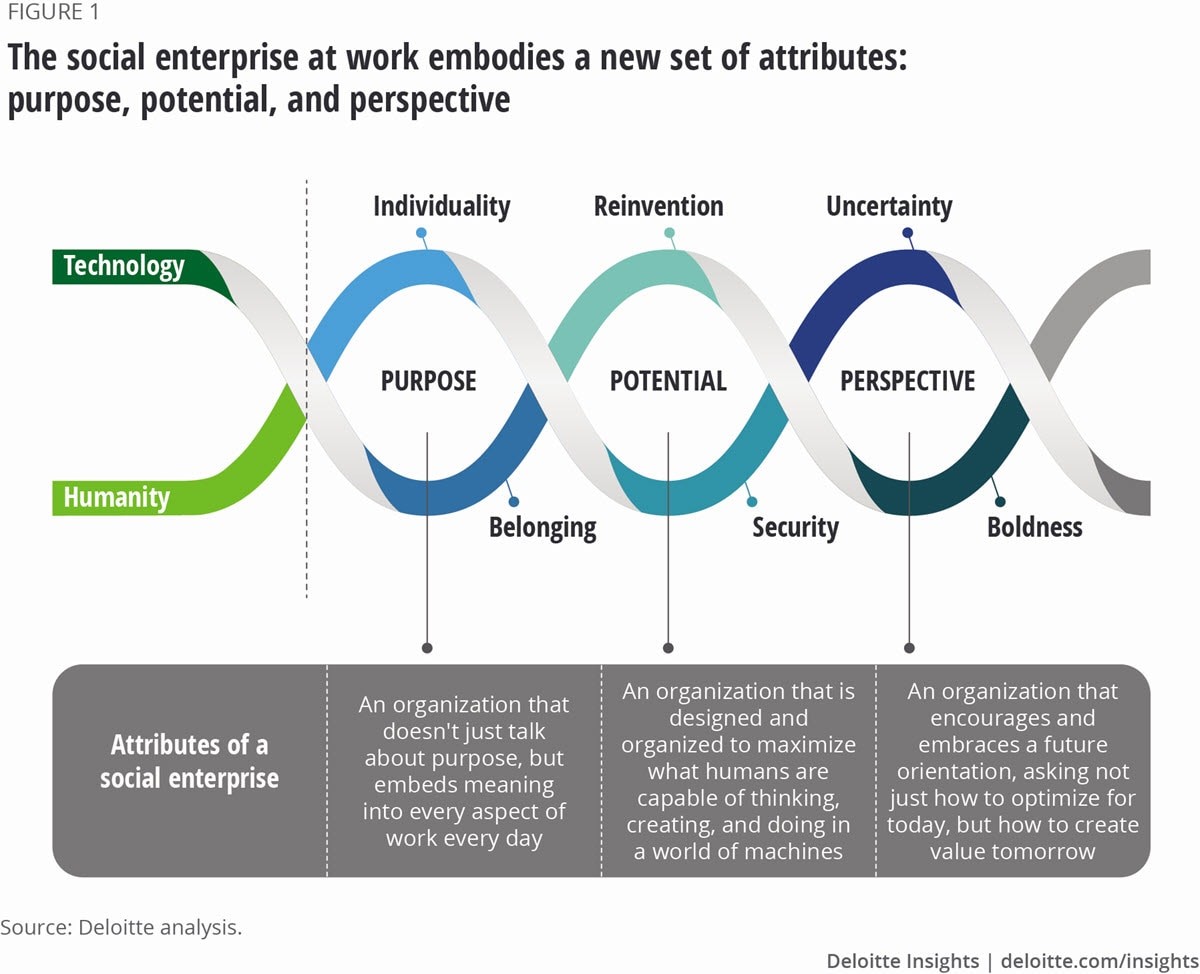 Worker wellbeing as an organisational responsibility through belonging

Wellbeing extends beyond physical health to employees feeling a sense of purpose and belonging. When asked how creating a sense of belonging supports organisational performance, 63 percent answered that it does so by enhancing alignment between individual and organisational objectives. Twenty-eight percent of respondents said that feeling aligned to the organisation’s purpose, mission and values, and being valued for their individual contributions, are the most effective ways to help ensure a sense of belonging.

Finding potential through the convergence of humans and technology

With the rapid integration of artificial intelligence (AI), workers are facing new realities of how they can work together with technology to bring out the best in one another. This year’s report found that only 12 percent of respondents said their organisations are primarily using AI to replace workers, while 60 percent said their organisation was using AI to assist, rather than to replace, workers. Furthermore, 66 percent of respondents believed that the number of jobs would either stay the same or increase as a result of AI’s use in the next three years.

Building off last year’s chapter on “superjobs,” the concept of “superteams” combines people and machines, leveraging their complementary capabilities to help solve problems, gain insights, and create value—addressing a renewed sense of potential and creating new possibilities for the future.

Beyond reskilling and investing in resilience

With the “half-life” of technical skills decreasing, the use of forward-looking workforce metrics is critical for boards and investors to gain insights into the reskilling of workers. Yet organisations are least likely to collect workforce metrics in several critical areas, including the “status of reskilling,” with only 14 percent of respondents collecting analytics in this area. Organisations recognize that reskilling is important, with 53 percent of respondents saying between half and all of their workforce will need to change their skills and capabilities in the next three years.

Yet, only 16 percent of business leaders expect to make a significant investment increase in the continual reinvention of the workforce over the next three years. With technical skills becoming outdated so quickly, organisations should be investing in longer lasting capabilities like creativity, collaboration, critical thinking and emotional intelligence that can keep their workforce relevant.

A wide majority (85 percent) of respondents believe there are ethical concerns related to the future of work, including the maintenance of privacy, control of workers’ data, and the treatment of alternative workers. Twenty-seven percent of respondents say their organisations have clear policies and leaders in place to manage ethics in the context of the future of work, though 73 percent of respondents are either not addressing it, starting to develop their approach, or dealing with it on an ad hoc basis.

Organisations may be failing to recognize the importance of alternative workers, even as this workforce segment rapidly grows. For example, just 21 percent of organisations say their wellbeing strategy includes alternative workers. Looking ahead at the next decade, 80 percent of respondents rated “the radical shift in work, careers, and jobs due to AI and new employment models,” as important or very important.

However, only 45 percent said they are prepared or very prepared for this shift—the lowest preparedness score for any of the issues surveyed as emerging challenges in the next 10 years. The ability to effectively tap into the alternative workforce can help organisations access scarce capabilities in rapidly changing work and job markets.

Closing the generational gaps through purpose

Age and career progression can no longer be seen on a linear path in the age of the “perennial.” With five distinct generations in the workplace, jobs have become more dynamic and complex than ever before. Leaders are taking notice: more than half of this year’s survey respondents (52 percent) report they consider generational differences to some or to a great extent when designing and delivering workforce programs. However, only 6 percent of respondents strongly agree their leaders are equipped to lead a multi-generational workforce effectively.