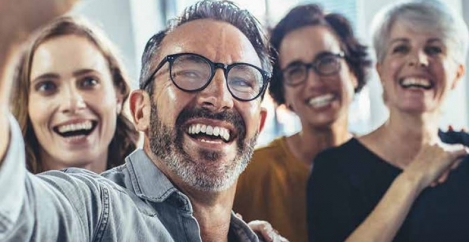 Firms turning to “corporate wellness” programmes as a solution for stress 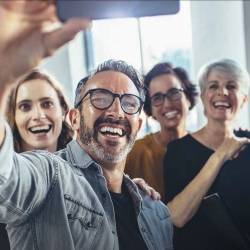 A new report by workforce performance firm CR Worldwide (CR), drawing on data from 287,000 employees at over 120 large enterprises, claims that as the incidence and awareness of the issue of stress grows, firms have responded with a 22 percent year-on-year increase in UK spending on perceived solutions such as corporate getaways with companies now spending an average of £3,100 per person per trip. The proportion of activity or nature-based business trips involved in such wellness programmes has more than doubled to 56 percent in 2019 compared to the previous year. With human-animal interactions believed to have therapeutic effects on mental health, UK firms are also increasingly offering ‘nature tourism’, from orangutan treks in Borneo to working with endangered rhinos in Rwanda and shark diving. Husky sledging is now among the top 5 Christmas corporate travel activities for UK firms.

Brexit has driven an increase of over a third in UK enterprises choosing trips outside Europe over the past 12 months. Also, amidst recent legislative plans for a four-day working week to address poor mental health at work, the data reveals that companies are increasingly rewarding employees with extra time off – an extra day off was the most common employee reward in the world in 2019.

Overall UK investment in employee gift schemes has soared by 44 percent last year and has doubled over a three-year period, indicating rising investment in employee rewards. In a bid to focus on corporate wellness, evidence shows that rewards also increasingly feature health-based or experiential elements, with wearable fitness monitors and an ‘afternoon tea for two’ among last year’s top 10 most widely chosen UK employee rewards.

The report, Corporate Wellness 2.0 (registration), drew on data from over 287,000 users of reward, recognition and incentive programmes at over 120 major enterprises from Virgin Atlantic to Microsoft, to gain insight into changing trends in corporate workforce management.

David Gould, CEO at CR Worldwide, commented: “Employers have been investing in gyms or chill-out spaces in the workplace for a few years now, but new data shows that corporations are now increasingly investing in employee wellbeing outside the workplace by offering rewards from extra time off to company-sponsored jungle treks. This reinforces recent evidence of the widening scope of so-called ‘corporate wellness’ initiatives from employee counselling services to international retreats. The main drivers include a growing need to recruit a younger workforce that believes companies should care about their overall wellbeing, as well as the pressure to counter rising workplace stress, which has an impact on productivity.”