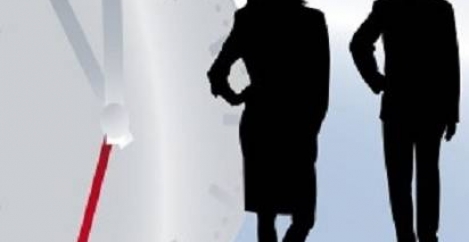 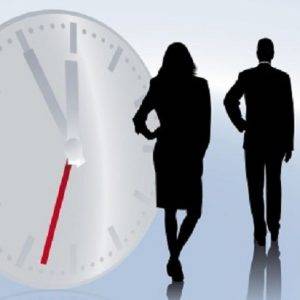 The majority (83 percent) of workers view flexible working as an important benefit to them but two thirds (66 percent) believe that taking up flexible working halts progression at work. One of the reasons for this dichotomy suggests the results of the Hays UK Gender Diversity Report 2017, is because nearly a third (32 percent) of employees believe men will be viewed as less committed to their career if they take up shared parental leave, and women are less likely to be promoted after having children. While a majority (84 percent) of workers say it’s important that flexible working options are available to them in their workplace, many choose not to take any, and two-thirds think doing so will have a negative impact on their career. Women perceive it will have a negative impact, with over three-quarters (76 percent) reporting this concern and 65 percent of men. Interestingly, both men and women think flexible working options have helped improve the gender balance in senior roles, with 61 percent saying flexible working has improved the representation of women in senior positions, indicating that employers need to address and overturn the negative perception of flexible working and communicate its benefits.

Flexible working is often hailed as a benefit, yet results suggest negative perceptions are currently outweighing its intended advantages. Employers are urged to introduce training for line managers and HR staff in order to suggest and discuss flexible working options tailored to individual needs. Additionally, involvement of senior leadership in addressing and encouraging flexible working may help dispel negative connotations.

Half of UK workers also believe fathers don’t take the full parental leave they are entitled to due to fears of an adverse impact on their finances. The report found both men and women feel they have increased freedom to promote their skills and abilities in the workplace than in previous years. However, the majority acknowledge that obstacles to gender equality still exist.

Two years on from the new legislation, the vast majority of male parents aren’t taking the full allowance of their parental leave, despite 78 percent of workers believing it could be a factor which improves gender diversity in the workplace. Close to half of organisations (42 percent) reported having shared parental leave policies in place, yet uptake of shared parental leave remains low at 7 percent.

Over half (53 percent) said a financial impact on the family was the biggest factor for both genders for not doing so, but followed by the widely held concern that men may be viewed as being less committed to their career. 32 percent of both genders believe this is the case.

Yvonne Smyth, Head of Diversity at Hays UK & Ireland, said: “Our report highlights that whilst both men and women now feel they have more freedom to promote their skills, there are significant improvements needed to better communicate the benefits that are available, such as flexible working and shared parental leave, encouraging employees to take them up without fear of negative consequences.

Encouraging equality when returning to work can start before parental leave begins by improving communication to make it more culturally acceptable for parents to split their leave, helping support women and men who wish to continue their career progression after having children.”

Career trajectory and progression varied significantly between men and women after having children. Men were more than twice as likely to be promoted following having children at nearly a quarter (24 percent), compared to 10 percent of women.

Progression after becoming a parent was not an issue for the majority of men (79 percent) who retained their current role or moved into a more senior one. Clear differences were reported for women with almost a third (31 percent) of women who by contrast, took a part time role, or a role at a lower pay grade.

Promisingly, an increasing number of employers are now offering structured return to work schemes to encourage and support parents who wish to return to the workplace, as well as ‘returnships’ for external cohorts of mid to senior level female professionals.

Yvonne Smyth, Head of Diversity at Hays UK & Ireland, continued: “It’s concerning that although these initiatives are viewed as important options to both men and women and are directly associated with bridging the gender divide, employees are worried about the negative impact a leave of absence and more flexible working pattern may have on their career.

Employers need to be promoting communication and training on this to make sure senior leadership and middle management are better equipped to promote the benefits of these policies and address stated or unspoken concerns”.

The research, complied by recruiter Hays, refers to a survey of over 5,400 respondents from professionals in the UK, and examines the views and actions of men and women towards gender diversity in the UK. For more information on the report, or to request a copy visit: hays.co.uk/gender-diversity