Focus of investment should be skills, broadband and local transport say CEOs 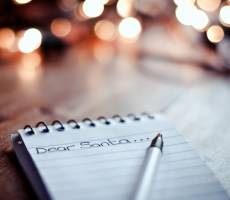 The Government should focus investment on the development of skills and broadband if it wants to drive economic growth. That is the message from a survey of 100 British CEOs carried out by Grant Thornton. Key findings of the report include the fact that 70 percent of respondents would like to see better access to training and development opportunities, 59 percent want to see an improvement in digital infrastructure and 57 percent would like more spending on roads. The Government’s flagship schemes – the Heathrow expansion, HS2 and the proposed new trans-Pennine railway receive a lukewarm response, with the majority of respondents appearing more keen on greater investment in existing long distance rail services, local public transport networks and the greater use of the UK’s underutilised regional airports. There is also a mixed response to plans for greater devolution with support only if regional Governments don’t add another layer of bureaucracy for businesses.The report has been published ahead of next week’s Autumn Statement by Chancellor George Osborne.

The CBI has also had its say ahead of next week’s announcement, saying that it understands the ongoing pressure on the public purse but that a series of moderate investments, especially in infrastructure, will yield many benefits.  Director General John Cridland said: ‘We know firms are concerned about the state of our roads and energy supply and affordability, so the arrowhead of business recommendations is a major push on improving the country’s infrastructure. Businesses want to see the Government set out clear project plans, with start dates and timescales. We also want to see the Government encourage innovation and enterprise by reforming the outdated business rates system, which is a disincentive to company expansion, alongside expanding the R&D tax credit to encourage development, as well as research activity, in the UK. And freezing long-haul airport departure tax would help more firms in all UK regions and nations, particularly smaller ones, export their products and services to new growth markets around the world, like Mexico and Indonesia.’