Focus on the wellbeing of the occupants of the office, not that of the building 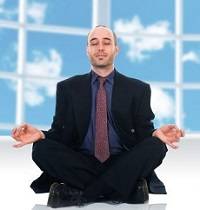 If you ask a typical corporation about their real estate strategy you will most probably hear a lot about rationalisation, minimising cost and synergy. Real estate strategy should include all these but a cost-cutting approach can be very short-sighted. Staff costs usually account to about 90 per cent of the business operating cost, while any improvement in staff’s productivity will have a stronger and more positive outcome than any cost saving on a building. The recently released World Green Building Council (WGBC) report Health, Wellbeing & Productivity in Offices developed with the support of JLL, Lend Lease and Skanska, clearly shows that the design of an office has a strong impact on the health, wellbeing and productivity of its occupants. It describes the impact of acoustics, interior layout, look & feel, amenities, air quality, thermal comfort, location, daylight and user control on occupants. But it doesn’t stop there.

It suggests a comprehensive framework for assessing the existing office environment and allowing real estate departments to make better, data-driven decisions. It provides a methodology for tying the business outcomes to the physical features of the building’s interior and employees’ perceptions.

To quote the report “despite its impact, improved indoor environmental quality has not been a priority in building design and construction, and resistance remains to incorporating it into financial decision-making”.

Let’s have a look at the eight key areas affecting employees’ wellbeing, health and productivity. 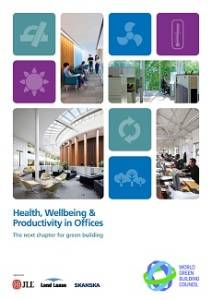 In the numerous studies JLL has organised, thermal comfort rarely fails to be mentioned as a top 3 complaint. Unsurprisingly without providing a high level of user control, there is no real way of ‘getting it right’. Optimal temperature depends on a person’s clothing, metabolism and personal preference.

There are however, some objective guidelines. Seppanen’s and Wargocki’s study from 2006 established that performance of employees at 15C and 30C drops by 10 per cent compared to the performance in the temperature range between 21C and 23C. A number of other studies confirm these findings, especially the evidence surrounding high temperatures and productivity.

Human beings are very adaptable when it comes to changing temperatures, as opposed to air quality.

It is shocking to hear what kind of airborne pollutants can be found in many of today’s office buildings. Chemicals, particles, micro-organisms – they do not immediately bother us like the temperature, but we notice their impact over time. Sometimes it’s not even pollutants, but the lack of oxygen that impacts on us. According to a Carnegie Mellon study, well-designed ventilation can achieve a 0.8-1.3 per cent saving on health cost, 3-18 per cent productivity gain and 47-79 per cent in HVAC energy savings, achieving an average ROI of 120 per cent. Another study (Loftness, Hartkopf, Gurtkein, 2003) confirms these findings – an increased supply of fresh air increased employee productivity by 11 per cent.

Improper lighting may cause headaches, eyestrain and affect task performance. The correct approach is to treat the task and background areas separately, providing a much lower lighting level. This approach is energy efficient, but also creates a more interesting environment, allowing the eyes to relax and focus.

Of course nothing beats daylight. A recent study by the American Academy of Sleep Medicine has proved that office workers located near windows received 173 per cent more white light exposure during the work hours, which results in 46 extra minutes of sleep per night on average. This is only reinforced by a 2011 USGBC study which revealed that employees who had a seat with a window view along with exposure to daylight spend 6.5 per cent less time on sick leave.

There’s no other factor that affects productivity as strongly. According to the Kim & Dear’s study from 2012, noise distraction is a leading cause for dissatisfaction in an office environment. It is supported by JLL’s experience with the dozens of Workplace Experience Surveys we have released clearly showing acoustics as a number one complaint across all industries and departments.

According to a Bansbury and Berry study, 99 per cent of people report that their concentration is affected by office noise, while performance of certain tasks, like memory for prose, drops by as much as 66 per cent.

Noise also has a detrimental impact on health and levels of stress, as the study published in the IJERPH reveals.

Nothing else can boost productivity in an office better than improved acoustics.

It never fails to astonish me how much can be achieved by a simple rearrangement of existing office space. Breaking the never-ending rows of desks, providing additional settings for focused work, ad-hoc collaboration and phone calls will provide a fantastically different and drastically more functional environment. For one, you might have just solved the acoustic issue!

JLL’s study Forget the workplace for now 2014, suggests that office design that encompasses a range of work spaces is key to a productive office. Not only does it provide a suitable setting for every task, but can also lead to a more open, collaborative company culture. A recent study for Bank of America showed that implementing such a layout led to an 18 per cent increase in team cohesion, 6 per cent reduction in measured stress and a drop in employee turnover from 40 per cent to 12 per cent. This provided the Bank of America with US$15 million savings annually.

“Over the years we have seen more and more evidence that views to nature and other biophilic experiences are incredibly important (…) Biophilia research is now increasingly focusing on physiological responses such as brain activity, heart rate, blood pressure and stress hormones.” Bill Browning, Terrapin Consulting

Kaplan’s study from 1992 revealed that employees who had window views of nature were less frustrated, more patient and reported better health. Of course, unless you are in the process of choosing a new building, there is very little you can do about the quality of the views from your office. However what can be done is to provide more plants in office spaces along with comfortable fit for purpose furniture.

“De gustibus non est disputandum” is a Latin maxim meaning “In matters of taste, there can be no disputes” however in Wright’s Theory of Colour Psychology and Colour Harmony it suggests otherwise.  Apparently certain shapes, colours and textures have a universal effect on human beings. High ceilings, natural colours, along with smooth curves and contours of furniture around us seem to be the correct answer. Low ceilings disturb us and subconsciously we sense danger from sharp objects.

As for colours, a number of studies have shown that 90% of people look for harmonious colour combinations. Very bright colours draw our attention away from tasks however it is suggested that they can have an energising effect when placed in collaborative areas.

A good office building should provide some of the necessary services for its employees or should at least be located in an area that does. According to 2011 ULI’s study, shops, restaurants, healthcare, gyms and other amenities rank 4th on the list of location decision making priorities. If your employees lose time traveling far to get food or grab a cup of coffee, you may consider trying to provide some of the required services in your building. Bright Horizons Inc. is a great example. A study they undertook revealed that 68% of employed parents would have missed work if not for their onsite childcare centre.

We’ve looked at what affects employees so what should be done? If I were to summarise the WGBC report in two sentences, this is what I would say:

“The secret lies in creating an overarching framework which enables the gathering and organising of data centrally and in a standardised manner. The system should include a blend of HR, financial and real estate data to create a comprehensive picture.”

It is hard to implement this framework overnight, but the good news is that when it comes to improving health, productivity and wellbeing of employees a typical company possesses a lot of unutilised useful data.

Every company tracks absenteeism, but it’s important to do so by building, by floor and by department. Most companies have a system for gathering complaints, but few analyse the data, tying it to the building floor. The same could be said for revenue, medical costs, and employees’ satisfaction.

Bringing heads of HR, facilities management and finance into one room to discuss what you are tracking and what you can do with the findings might bring fascinating results.

The data from the hundreds of companies JLL work with shows that it is worth it. You might find that rethinking your current office environment could lead to an astonishing leap in employee health, productivity and satisfaction.

Green manifesto challenges next government to deliver low-carbon economy HR managers appreciate importance of IT, but don’t work with IT people