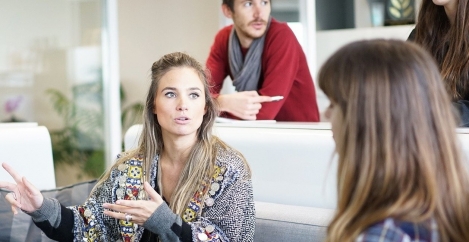 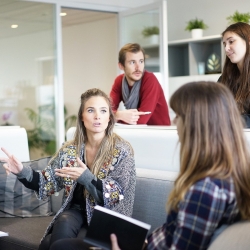 Amid news that the UK government is mulling plans to grant Brits the right to work from home permanently, a new Clockwise survey claims that a majority of Gen Z workers would in fact prefer to work from an office.

Ministers have proposed legal changes that would prevent employers from forcing staff to come into the office unless they can prove it is essential. This survey, commissioned by Clockwise and carried out by Censuswide, claims, however, that the nation is evenly split in regard to the merits of home working, for a multitude of reasons.

Around 30 percent miss the social element of work, while around the same find it hard to differentiate between their personal and working time when working from home. Almost three quarters of office workers (71 percent) stated that a sense of community within the workplace leads to a more productive and enjoyable working environment.

But while it is Gen Z workers, followed closely by millennials are most eager to return to an office environment, that does not necessitate their return to cities, according to the survey. Two thirds of Gen Z workers in the UK are staying put after relocating from the UK’s urban centres during the pandemic.

Only 31 percent of 18-24 year olds surveyed said they intended to move back to a city after the pandemic, with the rest staying put in suburban and rural locations or weighing up their options. Around a third of the UK’s total office workforce relocated to a more rural or suburban location in 2020, yet only 16 percent intend to return to a city.

This research highlights the growing importance of regional hubs for city-based businesses with employees who have moved. Almost three quarters of office workers (73 percent) would be interested in a more localised satellite office approach which minimises time commuting. Almost one quarter (23 percent) of British office workers have stopped taking public transport, while around the same have moved further away from their place of work.

The research makes clear that the office isn’t ‘dead’ as has been claimed often over the last year. Gen Z in particular prefer to work from an office, with two thirds stating as such. Around 20 percent lack motivation working from home, while over a quarter (27 percent) stated that being in the office gives them a sense of belonging and purpose.

Flexible contracts, rather than full-time remote work, are preferred across all age groups, which is reflected in how people want to work in the post-pandemic world. Almost a third (31 percent) of office workers would be interested in a new type of shared workspace model which provides hyper-flexibility.

Employee benefits likewise reflect the changing business landscape. Alongside flexible work, almost three quarters said added facilities were something they looked for as part of their working package when seeking out new employment. Mental health services top that list. Over 80 percent surveyed said mental health support is an aspect they would be looking for in the workplace, while over half (54 percent) said the pandemic heightened the importance of mental health / wellbeing in the workplace for them.

Clockwise chief operating officer, Alex Brunner, comments: “The government’s proposals reflect the changing nature of work of Britain and the need for more flexible working solutions. The past year has highlighted the benefits of working from home but also how young people especially want to work in an office at least some of the time, highlighting the myriad of intangible benefits being in an office environment can bring.”

“The trend towards regionality, where people want to work and set up businesses has been a long time coming, and this has been hugely accelerated by the pandemic. These survey results vindicate our approach of focusing primarily on the cities outside of the usual business centres. So many places – from Exeter to Reading and many more – are emerging as specialist hubs, absolutely teeming with talent put off by major cities.”

“Of course, Covid has brought into sharp relief a need for flexibility, for new and innovative models, and for workers to have more choice in where they work. The concept of work is becoming far more decentralised, allowing businesses to operate efficiently from wherever their employees need. The fact that Gen Z in particular is seeking a different approach is hardly surprising – and given they are the future workforce, their preferences today will dictate how business operate in the future, they are definitely worth listening to.”