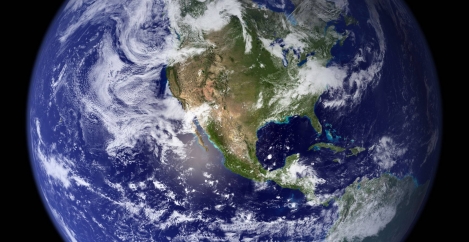 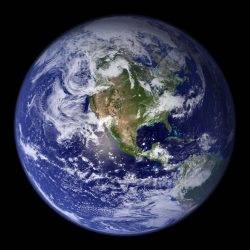 To address the climate change challenge, the UK became the first, major, world economy to pass law committing us to reducing all greenhouse gas emissions to Net Zero by 2050. It was a strong signal to organisations and individuals across the UK that it was now time to stop talking and start acting. And start acting we did. Massive changes are already underway to achieve decarbonisation in all sectors of the UK economy. One only has to look at the transition to EV’s, while the way we generate energy has also witnessed a rapid change as we switch from fossil fuelled to renewable power generation. Progress in the built environment is not so good, and sadly, it’s a case of too little, too slowly, and by too few.

Nevertheless, numerous blue-chips and multinationals have jumped on the sustainability bandwagon, appointed ESG directors and are now clamouring to publish their own individual Net Zero targets. To cries of “Greenwash!”, there is growing suspicion that many of the organisations publishing these targets have few concrete plans or roadmaps in place for achieving them. Only a small minority have committed to science-based targets (SBT) in line with the Paris Agreement (2015) – fewer than 800 organisations worldwide according to the SBT initiative’s website.

Incredibly, if you are to believe the PR, some organisations are asserting that they are already at Net Zero. The latest announcement is from Facebook, claiming it achieved net-zero operational emissions in 2020, after eliminating the majority of its greenhouse gas (GHG) footprint and investing in carbon removal projects. If you look closely at the bottom of your Google search page, you’ll notice a statement claiming that they have been carbon neutral since 2007 and anticipate being carbon “free” by 2030.

How is this possible? Operations on the scale of Facebook and Google consume unimaginable amounts of electricity. It takes 0.0003 kWh of energy for a single, typical Google search query, translating to roughly 0.2g of carbon dioxide. The answer lies in the Facebook announcement; “…eliminating the majority of its greenhouse gas (GHG) footprint and investing in carbon removal projects.”

For carbon removal projects, read carbon offsetting, which has been rapidly adopted as the get out of gaol card for many organisations when faced with the problem of climate change.

What about net zero?

Most Net Zero plans advocate a stepped approach, taking in company-wide assessments, benchmarking, baselining and targeting of scope 1, 2 and 3 emissions, compliance and reporting, planning and budgeting of decarbonisation programmes, and implementation. Right at the end, what’s left should be addressed by offsetting, but many organisations are skipping straight to the end point and by-passing the real strategies for removing CO2 from their operations.

Secondly, it takes a lot of trees to offset the emissions of large corporations with carbon-heavy processes. Even if it were possible to plant new trees at scale all over the planet and they all took root and started sucking up carbon, they would still be overwhelmed by our ongoing fossil fuel emissions. Globally, we can’t realistically plant enough trees to offset all of our emissions for decades and centuries to come.

One major multinational is planning to offset 13 million tonnes of CO2 a year with this approach, an exercise that would consume 4.4m hectares of land a year, the equivalent of a country the size of Denmark. Russia, the world’s biggest energy exporter and one of its largest polluters, is creating a digital platform to collect satellite and drone data about the CO? absorption capacity of the Far East region’s forests. The aim ostensibly is to monetize an area nearly twice the size of India by turning it into a marketplace for companies to offset their carbon footprint.

Thirdly, the ability of any given hectare of forest to sequester CO2 varies through its lifetime. Once a forest reaches maturity, the net amount of CO2 it sucks out of the atmosphere starts to decline and it eventually becomes saturated. Then, as older trees start falling over, they are releasing carbon dioxide as they decompose, and so forests become a source of greenhouse gas emissions at the same time as they continue to sequester.

The whole point here, is that offsetting is a way-out that allows organisations to keep on emitting.

What can we do?

What property and FM professionals need to realise is that as guardians of the built environment, they are best placed to have a big effect on reducing real CO2 emissions, because commercial buildings are responsible for around 40% of UK carbon emissions. A recent Centrica report highlighted how poor and piece meal energy reduction programmes are in all but a few organisations.

Up until now, an individual organisation’s energy strategy might typically focus on a two-pronged approach:

Now, this strategy can be complemented by the third option of Green Demand Side Response (GDSR) because technology exists that allows many organisations to be flexible and control when they use their electricity, not just how. GDSR accesses the ‘flexible load’ of a building or group of buildings, through interfacing with the existing Building Management Systems (BMS), to effectively turn down non-critical plant and equipment such as chillers, fans, pumps and compressors at critical times, to reduce demand when the grid is under stress. Importantly, changes are made in a way which doesn’t negatively impact the performance of the building or comfort condition for the occupants. In fact, no-one in the building will notice the subtle adjustments as GDSR operates silently and invisibly in the background.

Introducing this element of flexibility means that the participating organisations can sell their ability to reduce consumption to National Grid ESO at critical times when the grid system is facing a shortfall of supply.

Across the UK, there are literally thousands of electrical assets in corporate buildings and offices that could be adjusted a small amount on an infrequent basis to contribute to this Green DSR model, reducing pressure on the national power supply and saving cost and CO2 for both the host organisations and the country. In effect, it’s like turning the building into a mini-power station, a concept familiar to many domestic homeowners with solar panels or Tesla Powerwalls.

We are missing a trick by not tapping into the huge potential this represents. If most of the accessible buildings in the UK participated in DSR, it’s estimated that in CO2 terms, it would be the equivalent of taking over 10,000 petrol cars off UK roads.

Investing in renewables is not the sole answer to the climate emergency. We need an integrated approach to meeting our energy needs, one that deals with supply and demand in tandem and to best effect. Property and FM professionals are at the coal face of the demand side of the equation We are kidding ourselves if we think greenwash is the answer to climate change and must refocus on solutions that deliver actual, real CO2 reductions.