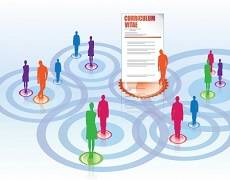 Nearly half (44%) of respondents to a new global survey on social media and workforce have been contacted about a job via social media over the past year. All generations of workers are taking part in this trend, with surprisingly Generation X (47%) just slightly in front of Gen Y and Baby Boomers (42%) in receiving job information via social networks. However the latest Kelly Global Workforce Index finds the UK lags behind many other European Countries, with just 40 per cent of UK respondents contacted through social media about an employment opportunity in the prior year, compared with 55 per cent in Germany and Poland, and 52 per cent in Ireland.

Just three per cent of UK respondents secured their most recent job through social media; for 38 per cent it was as a result of a direct approach from either an in-house recruiter or a recruitment agency.

Only 11 per cent in the UK have secured a job through social media in the past, compared to 28 per cent of respondents in Norway and 16 per cent in Ireland. But that’s not to say the UK isn’t tech savvy; 56 per cent said employer-provided electronic devices are important for both work and personal use, and a third say access to this would influence their decision on working for that company.

“It’s really surprising to see the UK is behind so many other countries when it comes to fully embracing social media for job hunting and recruitment purposes. It seems that job hunters continue to rely on more traditional routes and direct approaches, although social media is likely to have played a part in their research about the role and people that work for the organisation.”

“With nearly two thirds of respondents citing an interest in receiving job referrals from their online contacts, there is an opportunity for employers and recruiters to better use social media to engage with the talent. Those organisations that utilise social media intelligently as an integrated part of their recruitment strategy will increase the reach of their employer brand, and ultimately their hiring potential. .” Moss continued.

Complete findings are published in a new report, Social Media and Technology and for more information about the Kelly Global Workforce Index and key regional and generational findings, click here.